Mandeville, LA – Merry Christmas from all of us at the CRUSADE Channel and the Veritas Radio Network! Please enjoy the following dramatic reading of the Gospel according to St Matthew. Please use the share buttons here to share this work freely, you may also click the download button and share the audio file as well. We have included the text used in the dramatic reading below, taken from the Gospel of St Matthew via the Douay Rhiems Bible.

The file is also available in the Founders Pass Media Player here.

And the Lord spoke again to Achaz, saying:

[11] Ask thee a sign of the Lord thy God either unto the depth of hell, or unto the height above. [12] And Achaz said: I will not ask, and I will not tempt the Lord. [13] And he said: Hear ye therefore, O house of David: Is it a small thing for you to be grievous to men, that you are grievous to my God also? [14] Therefore the Lord himself shall give you a sign. Behold a virgin shall conceive, and bear a son, and his name shall be called Emmanuel. [15] He shall eat butter and honey, that he may know to refuse the evil, and to choose the good.

The Genealogy Of Christ: He Is Conceived And Born Of A Virgin.

[1] The book of the generation of Jesus Christ, the son of David, the son of Abraham: [2] Abraham begot Isaac. And Isaac begot Jacob. And Jacob begot Judas and his brethren. [3] And Judas begot Phares and Zara of Thamar. And Phares begot Esron. And Esron begot Aram. [4] And Aram begot Aminadab. And Aminadab begot Naasson. And Naasson begot Salmon. [5] And Salmon begot Booz of Rahab. And Booz begot Obed of Ruth. And Obed begot Jesse.

[6] And Jesse begot David the king. And David the king begot Solomon, of her that had been the wife of Urias. [7] And Solomon begot Roboam. And Roboam begot Abia. And Abia begot Asa. [8] And Asa begot Josaphat. And Josaphat begot Joram. And Joram begot Ozias. [9] And Ozias begot Joatham. And Joatham begot Achaz. And Achaz begot Ezechias. [10] And Ezechias begot Manasses. And Manasses begot Amon. And Amon begot Josias.

[11] And Josias begot Jechonias and his brethren in the transmigration of Babylon. [12] And after the transmigration of Babylon, Jechonias begot Salathiel. And Salathiel begot Zorobabel. [13] And Zorobabel begot Abiud. And Abiud begot Eliacim. And Eliacim begot Azor. [14] And Azor begot Sadoc. And Sadoc begot Achim. And Achim begot Eliud. [15] And Eliud begot Eleazar. And Eleazar begot Mathan. And Mathan begot Jacob.

[16] And Jacob begot Joseph the husband of Mary, of whom was born Jesus, who is called Christ. [17] So all the generations, from Abraham to David, are fourteen generations. And from David to the transmigration of Babylon, are fourteen generations: and from the transmigration of Babylon to Christ are fourteen generations. [18] Now the generation of Christ was in this wise. When as his mother Mary was espoused to Joseph, before they came together, she was found with child, of the Holy Ghost. [19] Whereupon Joseph her husband, being a just man, and not willing publicly to expose her, was minded to put her away privately. [20] But while he thought on these things, behold the angel of the Lord appeared to him in his sleep, saying: Joseph, son of David, fear not to take unto thee Mary thy wife, for that which is conceived in her, is of the Holy Ghost.

[16] The husband of Mary: The Evangelist gives us rather the pedigree of St. Joseph, than that of the blessed Virgin, to conform to the custom of the Hebrews, who in their genealogies took no notice of women; but as they were near akin, the pedigree of the one sheweth that of the other.

[21] And she shall bring forth a son: and thou shalt call his name JESUS. For he shall save his people from their sins. [22] Now all this was done that it might be fulfilled which the Lord spoke by the prophet, saying: [23] Behold a virgin shall be with child, and bring forth a son, and they shall call his name Emmanuel, which being interpreted is, God with us. [24] And Joseph rising up from sleep, did as the angel of the Lord had commanded him, and took unto him his wife. [25] And he knew her not till she brought forth her firstborn son: and he called his name JESUS.

he offerings of the wise men: the flight into Egypt: the massacre of the Innocents.

[1] When Jesus therefore was born in Bethlehem of Juda, in the days of king Herod, behold, there came wise men from the east to Jerusalem. [2] Saying, Where is he that is born king of the Jews? For we have seen his star in the east, and are come to adore him. [3] And king Herod hearing this, was troubled, and all Jerusalem with him. [4] And assembling together all the chief priests and the scribes of the people, he inquired of them where Christ should be born. [5] But they said to him: In Bethlehem of Juda. For so it is written by the prophet:

[6] And thou Bethlehem the land of Juda art not the least among the princes of Juda: for out of thee shall come forth the captain that shall rule my people Israel. [7] Then Herod, privately calling the wise men, learned diligently of them the time of the star which appeared to them; [8] And sending them into Bethlehem, said: Go and diligently inquire after the child, and when you have found him, bring me word again, that I also may come to adore him. [9] Who having heard the king, went their way; and behold the star which they had seen in the east, went before them, until it came and stood over where the child was. [10] And seeing the star they rejoiced with exceeding great joy.

[11] And entering into the house, they found the child with Mary his mother, and falling down they adored him; and opening their treasures, they offered him gifts; gold, frankincense, and myrrh. [12] And having received an answer in sleep that they should not return to Herod, they went back another way into their country. [13] And after they were departed, behold an angel of the Lord appeared in sleep to Joseph, saying: Arise, and take the child and his mother, and fly into Egypt: and be there until I shall tell thee. For it will come to pass that Herod will seek the child to destroy him. [14] Who arose, and took the child and his mother by night, and retired into Egypt: and he was there until the death of Herod: [15] That it might be fulfilled which the Lord spoke by the prophet, saying: Out of Egypt have I called my son.

[16] Then Herod perceiving that he was deluded by the wise men, was exceeding angry; and sending killed all the men children that were in Bethlehem, and in all the borders thereof, from two years old and under, according to the time which he had diligently inquired of the wise men. [17] Then was fulfilled that which was spoken by Jeremias the prophet, saying: [18] A voice in Rama was heard, lamentation and great mourning; Rachel bewailing her children, and would not be comforted, because they are not. [19] But when Herod was dead, behold an angel of the Lord appeared in sleep to Joseph in Egypt, [20] Saying: Arise, and take the child and his mother, and go into the land of Israel. For they are dead that sought the life of the child.

[21] Who arose, and took the child and his mother, and came into the land of Israel. [22] But hearing that Archelaus reigned in Judea in the room of Herod his father, he was afraid to go thither: and being warned in sleep retired into the quarters of Galilee. [23] And coming he dwelt in a city called Nazareth: that it might be fulfilled which was said by prophets: That he shall be called a Nazarene.

HERE ENDS THE GOSPEL ACCORDING TO MATTHEW

0Shares
christmasMaryNativitySt Matthew
Previous PostA Dramatic Reading: The conception of John the Baptist, and of Christ. The visitation and canticle of the Blessed Virgin. The birth of the Baptist and the canticle of Zachary.Next PostChristmas Eve Pile of Prep – Natus Puer in Jubilo! 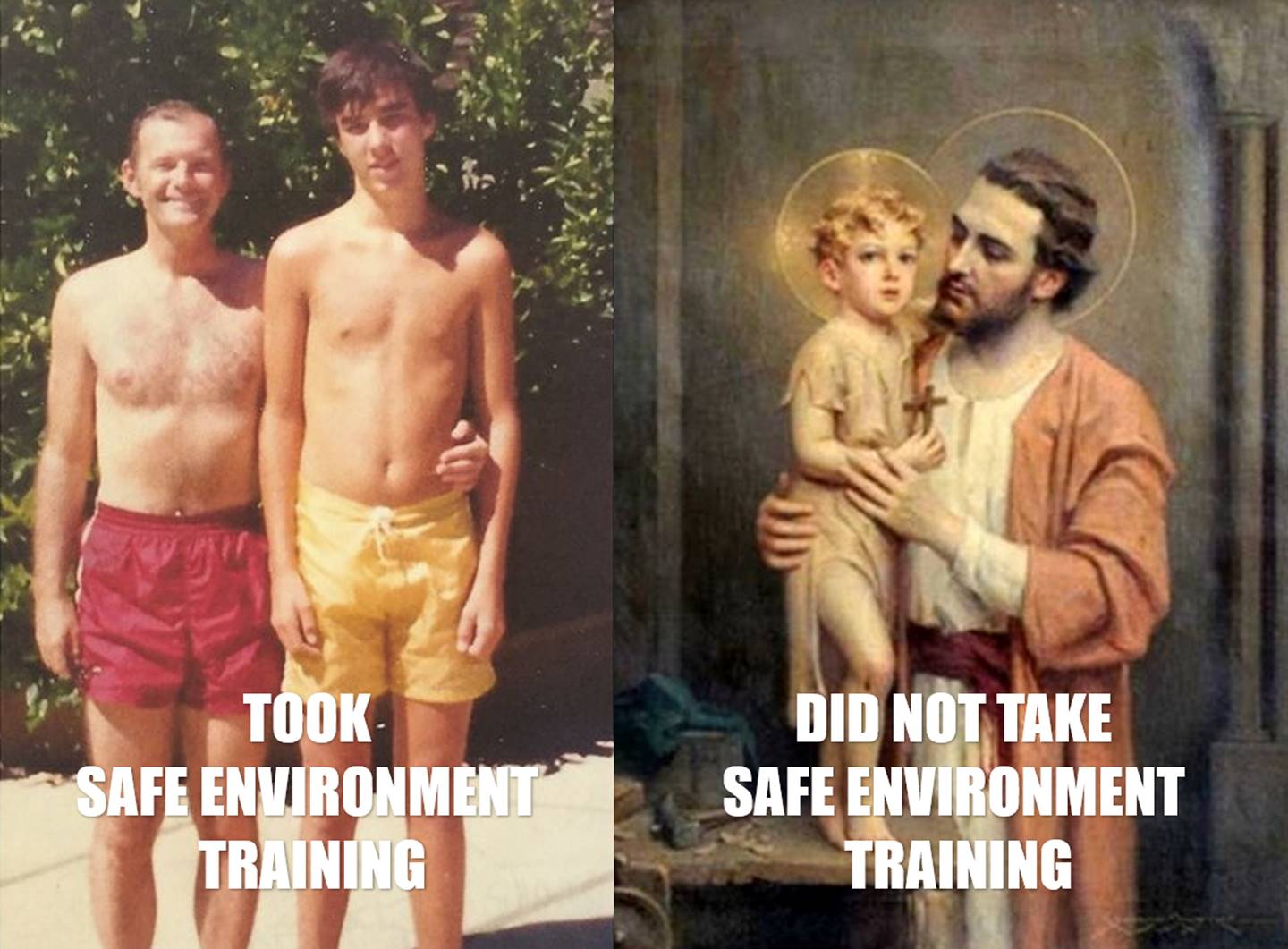 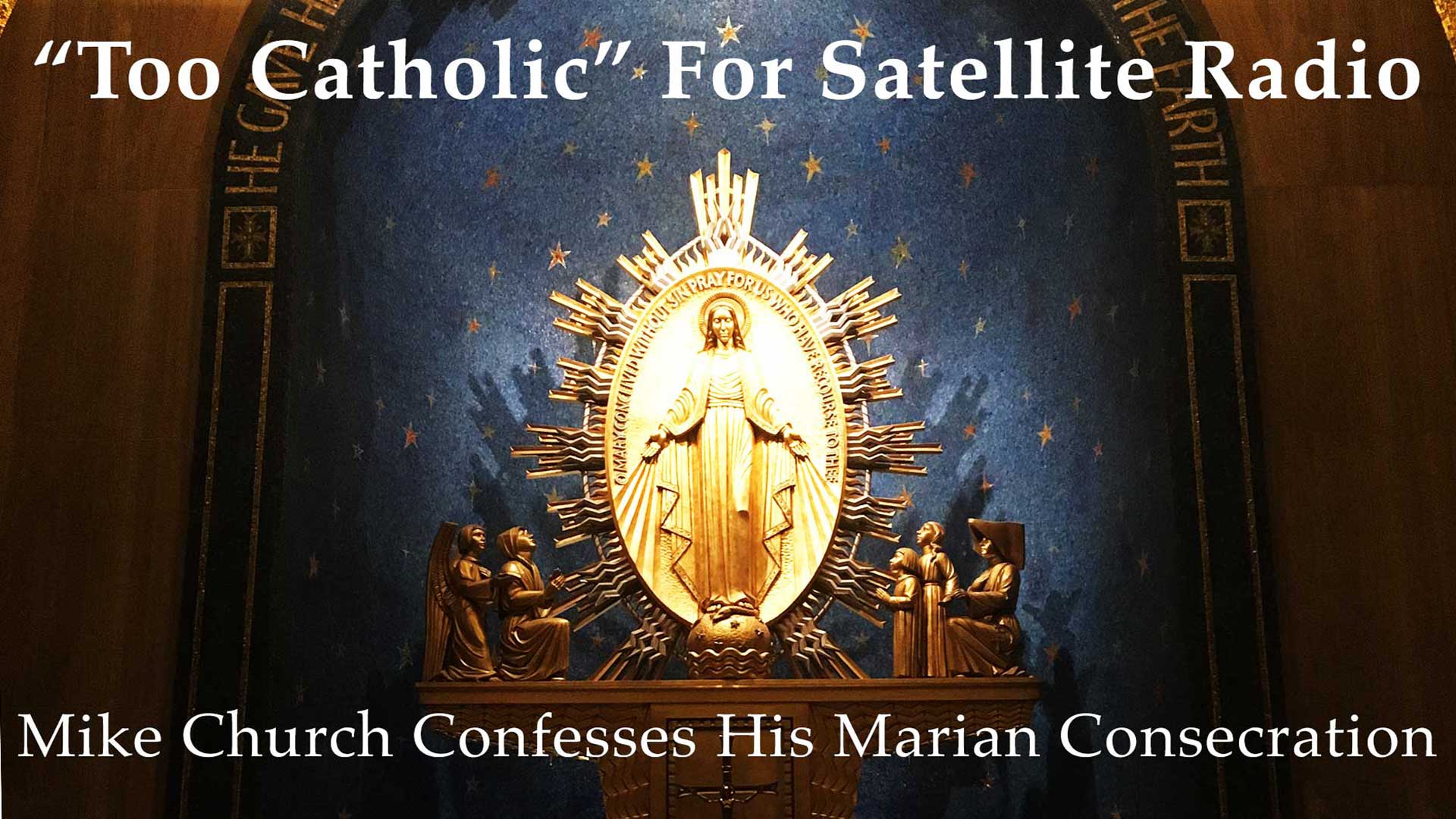 “Too Catholic” For Satellite Radio-Mike Church Confesses His Marian Consecration