Mandeville, LA – Ross Douthat’s essay “The Terms of Our Surrender”, appeared in last Sunday’s New York Times and is a well written piece with one exception. The conservatives who ostensibly surrendered don’t appear to be conservative at all. It is true that these people promoted themselves as conservatives which is precisely why the title does not follow. Put another way a true conservative does not seek the approval of media bosses at Fox, CNN or AMC, because the life he leads and the example he sets to those who intimately know him is sufficient.  This conservative is devoutly religious, studious, humble and mostly convinced of what he doesn’t know rather than what he does. To him, the “issue” of marriage has never been about the State, the licenses or the parties to be “wed” in the transaction. Marriage is a sacrament, an oath solemnly taken for life before God’s representative in a church. To this conservative, the rulings of judges, edicts of legislatures and dubious declarations from media cannot harm what he calls marriage. This conservative is what William Graham Sumner called “the forgotten man.” “[A] victim of the reformer, social speculator and philanthropist…and I hope to show you…. [that] he deserves your notice both for his character and the many burdens which are laid upon him.”

FOUNDERS PASS MEMBER EXCLUSIVE – Introducing Mike’s weekly “Vocalis de [r]epublica (voice of the republic)” A pre-recorded version of  Mike’s Daily Caller (or other) essays, brought to life in easy to download mp3 format. Not a Founders Pass Member? Join for just 17 cents per day and enjoy great premium features like Vocalis de [r]epublica, Project ’76, This Day in Founding Fathers History videos and much more, plus get an always on, 15% discount in Mike’s Founders Tradin’ Post. Join now or take the tour

The conservative “surrender” over same sex marriage follows other recent surrenders like the raising of the debt ceiling. In that salacious episode we were regaled by media charlatans that conservatives like Senator Jon Cornyn of Texas, (ACU lifetime rating of 93) did what was needed to prevent what fellow conservative, Speaker of the House John Boehner termed as a “….default on our debt”. But wait, exactly what is conservative about passing a new debt burden along to children who had no hand in it’s creation? Just two weeks ago a similar cast of characters passed a $956 billion “farm bill” that has little to do with farming but lots to do with wealth redistribution. Neither of the two are found in the Constitution yet dozens of “conservatives” voted for each. I could continue this list of political betrayals to “the conservative movement” but space is limited and your time is valuable so let me get to the point: the project to develop a national political “conservatism” that has any meaning beyond its value as a marketing slogan has failed and there is no hope of reviving it. But that doesn’t mean there is no hope.

That hope lies in the revival of that practice once mistakenly derided as the territory of the Luddite tree-hugger: the local community. Here the practice of what we can term a gallant form of conservatism can be practiced and refined without the smother of pre-conceived litmus tests from faux conservatives on war and tax policy. This project places intellectual pursuits, chivalry, and what the Greeks called “oikonomos” (meaning “manager of the household” or economy) at its center, on the secondary list of skills is that of the citizen-soldier I previously covered. Creating a revived generation of gallant conservative men and with God’s grace, the next generation too holds out more hope for a kind of local politics in line with what the Founding Fathers were taught to practice and hoped to pass on then donating $50 a year to Mordor on the Potomac based “conservative non-profits” (WARNING! Spoiler alert!) whose existence relies upon an ever expanding State.

Today, we are told that “conservatives” want President Obama to stop “leading from behind” with a “feckless” foreign policy that flaunts our Jupiter sized military all the way to Jupiter and back. Indeed, the “conservative” din to “do something” about the “crisis in Ukraine”, which will supposedly preserve America’s “credibility on the world stage” rises to decibel levels not heard since Beyonce blew the lights out at the Superbowl halftime show. Yet across the American heartland the fever for this destructive, arrogant policy is becoming more difficult to find and if you listen closely you can even hear calls for the opposite policy of less intervention. Once a gallant conservatism emerges we could see the kind of local reactions to this war-drum beating that were seen in places like Westchester county New York during Lincoln’s illegal Conscription-Act days of the War Between The States. Across the country the same thing happened during President Wilson’s unconstitutional Sedition and Espionage acts that forced young men into WWI and again during LBJ’s horrific decisions to make war in Southeast Asia.

Douthat lamented that if the conservative “surrender” escalates “…religious schools…could loose access to public funds and their tax exempt status.” This comes across to me as more evidence that the “conservative movement” continues to pursue the wrong course. Post WWII conservative Francis Graham Wilson counseled that the conservative “…assumes there are some primary values that change little if at all.” If The Church and its separation from the State, also a Jeffersonian value, isn’t one of those primary values I would sure like to know what is? Douthat is not alone. The American Conservative’s Rod Dreher has recently raised the white flag as well after polling data confirmed what he believes to be inevitable. “A major, decisive battle in the culture war is over. The [pro same-sex-marriage] side won. Soon their efforts will amount to little more than bouncing the rubble.” That public opinion of the young on same sex marriage has changed is undeniable. That this opinion is based upon their misguided, secular view of what is “fair” as opposed to what is a primary institution in a Christian society is without a doubt the fault of the conservative movement. Some will say I am unfairly blaming “the Right” because these perversions were all the ideas of progressives and while that is true look at what far too many “conservatives” have presented as an example of marriage.

The gallant conservative and gentleman statesman is conspicuously missing from our public affairs and when one comes around, say the married but once for 50+ years, father, grandfather, Golden Rule quoting Ron Paul, his lack of ferocity in beating the war-drums gets him heckled instead of cheered. Two years after retiring from Congress, Paul is still fighting for liberty and I believe the kind of conservatism Sumner was describing, without naming it, in The Forgotten Man.

This gallant conservatism of the Forgotten Man will be subjected to some “expert analysis” and found wanting for its dearth of modern reality, fortunately for us, Sumner anticipated this over 140 years ago and left some advice if we would just forget the public opinion polls and Facebook message strings and listen.

“This [media] analysis, introspection, reflection and speculation… [has] passed into a habit and almost into a disease with us. Civil liberty consists of a set of civil institutions and laws which are arranged to act as impersonally as possible. It does not consist in majority rule or universal suffrage or in elective systems at all. Now who is the Forgotten Man? He is the simple, honest laborer… [passed] by because he is independent…and asks no favors. He does not appeal to emotions or excite the sentiments. We shall find him patiently and perserverignly struggling…against adverse circumstances without complaining or begging.”

I think there are tens of millions of these men around and I believe the only thing they have surrendered on is the phony hope that there is a national solution to what they believe are increasingly local problems.

Mike Church is a radio host appearing daily on the SiriusXM Patriot Channel. He is an author and editor of “Patrick Henry-American Statesman” and is the writer and director of 7 Docudramas on American history including “The Spirit of ‘76” and the upcoming “Times That try Men’s Souls-Washington’s Crossing”. 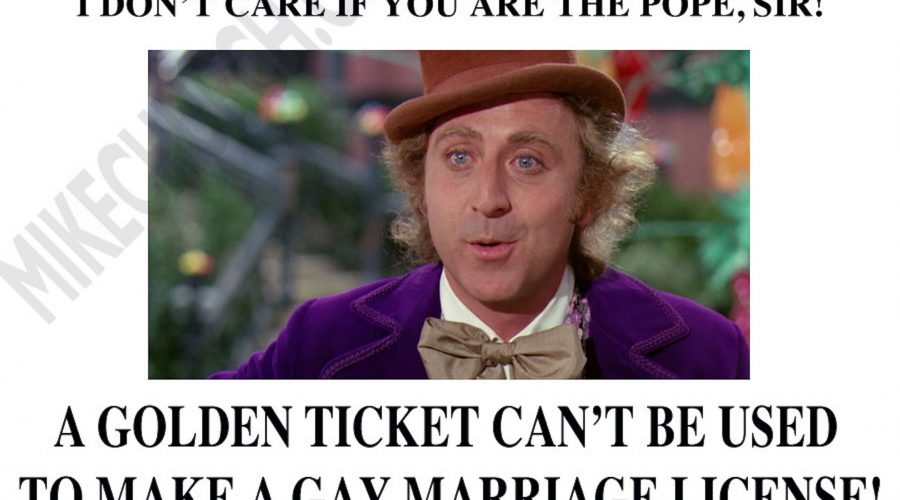