Mandeville, LA – Exclusive Transcript – There was a candidate that ran for President that made the Constitution the centerpiece of his campaign.  He was told to beat it by many in this audience, certainly by vast majorities in other talk radio audiences.  His name is Ron Paul.  They told him they didn’t want to listen to him, didn’t want to hear about the Constitution.  “Yeah, yeah, I agree with him 95 percent of the time, but that other five percent, we don’t want anything to do with that.  No, we’re military men.  You’re just a bunch of pacifist weenies.”  So Paul was told to beat it.  How ironic, though, that the main reason he was told to beat it was that he was unelectable, while the current occupant of the GOP’s nomination appears also to be currently, according to the polls, unelectable. Check out the rest in today’s transcript… Mike:  The last caller, “Mike, all we need is some guy to get up there and start talking about the Constitution.”  Yeah, that’s not going to work.  I’m pretty sure that’s not going to work.  Let’s just go down this for a moment, shall we?  I know somebody is going to say, [mocking] “This is sounding like sour grapes.”  No, it’s not sour grapes, it’s just an observation.  It is an observation of the facts that are, not the facts as we would like them.

There was a candidate that ran for President that made the Constitution the centerpiece of his campaign.  He was told to beat it by many in this audience, certainly by vast majorities in other talk radio audiences.  His name is Ron Paul.  They told him they didn’t want to listen to him, didn’t want to hear about the Constitution.  [mocking] “Yeah, yeah, I agree with him 95 percent of the time, but that other five percent, we don’t want anything to do with that.  No, we’re military men.  You’re just a bunch of pacifist weenies.”  So Paul was told to beat it.  How ironic, though, that the main reason he was told to beat it was that he was unelectable, while the current occupant of the GOP’s nomination appears also to be currently, according to the polls, unelectable.

Let’s move to popular culture, shall we?  My dear friend Professor Kevin Gutzman writes what I think is the best book ever written about founding father James Madison, how the Constitution came about, how the Bill of Rights or first ten amendments came about, about Madison’s life in the early American public.  There’s a lot of Jefferson in there, too.  It’s a phenomenal book.  He’s nominated for a Pulitzer.  It never even made the New York Times Bestseller list.  But lots of books written by hacks about modern government and how the Tea Party is going to fix this, that and the other, or fiction novels, now they make bestseller lists.   Are the people really interested in a serious — and Gutzman’s book is highly entertaining, too — dialogue about any of this?  No, not so much.

My own experience here, people say, “Mike, make a movie.  Do something about Lincoln.”  Okay, we do it.  “Mike, do something about the Constitution.”  Okay, we do it.  “Mike, do something about” name your epic in American history and we do it.  It is a daily struggle for survival in the multimedia world that we have made.  I’m not aware that many of you have said they are insufficient.  The fact of the matter is that most people don’t have the time nor the desire to actually deal with these problems, find a little bit of wisdom maybe and guidance from actual history, not the mythology that is served up as history.  By and large, the American public doesn’t want to fix its problem and be “constitutional.”  I’m sorry, they don’t.  They don’t.  They talk a good game.  They sound really great on Facebook posts.  When they’re actually given the opportunity, not so much.

You can save all of your fantasies about returning to the Constitution.  Folks, it may take 1,000 years to create another generation that will be [r]epublican in nature and will actually want and get about the business of doing these things.  I hope we’re around to see it, I really do, for the sake of my children.  I’m doing the best I can, as I know many of you are.  Folks, the deck is stacked, brothers and sisters, it is stacked, which is why I continue to promote all this discussion we have on a daily basis all about politics all the time is our ruin.  That is not going to solve the problem.  The problem is a people that are not virtuous, a people that do not have the character that our forefathers did.  They do not desire to talk about the serious things seriously.  They do not desire to honor the history.  They don’t even desire to learn the freaking history.  If you present it in a manner that our dumbed-down education system can understand or people that have been cranked out of our dumbed-down education system, then you’re not really teaching and you’re not really instructing the actual history.

Let me give you an example.  Many people today can quote John Quincy Adams.  They say, “We were told not to go in search of monsters to destroy.”  I did the research and I went and found out where Quincy Adams said that and in what context Quincy Adams was talking about, our foreign policy.  Iran is a big subject.  AG, the foreign policy debate is not going to be until the end of October, right?

AG:  Correct.  It is the last one out of the three presidential debates.

Mike:  We’re told over the last couple days on a certain news network, [mocking] “ This campaign is all about foreign policy now and the future of America.  We don’t want four more years of Obama ruining our reputation in the world.  We’ve got to get over there and take care of those nasty Iranians.”  We’ve got to take care of those Syrians, those Libyans.  Here is the context in which John Quincy Adams, on the Fourth of July, 1821 delivered his famous “The United States does not go abroad in search of monsters to destroy.”

And now, friends and countrymen, if the wise and learned philosophers of the older world, the first observers of mutation and aberration, the discoverers of maddening ether and invisible planets, the inventors of Congreve rockets and shrapnel shells, should find their hearts disposed to inquire, what has America done for the benefit of mankind?

Mike:  He is talking to decepticons, bomb anything that moves back into the stone ages that existed in the 1810s, 1820s.  That’s who he’s directing his comments at, warmongers from back in the 1820s, American exceptionalists, although they didn’t even claim that, which is why he opens up with “What has America done for the benefit of mankind?”  Listen to John Quincy Adams’ answer.  This was delivered to Congress, by the way.  It wasn’t just something he wrote a letter to some guy.  This is part of the congressional record.

Let our answer be this–America, with the same voice which spoke herself into existence as a nation, proclaimed to mankind the inextinguishable rights of human nature, and the only lawful foundations of government.  America, in the assembly of nations, since her admission among them, has invariably, though often fruitlessly, held forth to them the hand of honest friendship, of equal freedom, of generous reciprocity.  She has uniformly spoken among them, though often to heedless and often to disdainful ears, the language of equal liberty, equal justice, and equal rights.  She has, in the lapse of nearly half a century, without a single exception, respected the independence of other nations, while asserting and maintaining her own.  She has abstained from interference in the concerns of others, even when conflict has been for principles to which she clings, as to the last vital drop that visits the heart.

Mike:  Folks, right there, [mocking] “We have to export America.  America must be strong and bring freedom and democracy abroad, Mike.  The founding fathers set it up like that.”  Uh, no, they didn’t.  Here’s Quincy Adams saying if there are countries out there that don’t do things the way we want them to or the way we do them, we don’t interfere.  That’s their business.  That’s what John Quincy Adams just said.

She has seen that probably for centuries to come, all the contests of that Aceldama, the European world, will be contests of inveterate power, and emerging right.  Wherever the standard of freedom and Independence has been or shall be unfurled, there will her heart, her benedictions and her prayers be.  [Mike: Nothing about her army or her navy, just prayers.]  But she goes not abroad in search of monsters to destroy.  [Mike: There’s your line.  Now you know in full context.]  She is the well-wisher to the freedom and independence of all.  She is the champion and vindicator only of her own.  She will recommend the general cause, by the countenance of her voice, and the benignant sympathy of her example.  She well knows that by once enlisting under other banners than her own, were they even the banners of foreign independence, she would involve herself, beyond the power of extrication, in all the wars of interest and intrigue, of individual avarice, envy, and ambition, which assume the colors and usurp the standard of freedom.  The fundamental maxims of her policy would insensibly change from liberty to force….

She might become the dictatress of the world: she would be no longer the ruler of her own spirit….  Her glory is not dominion, but liberty.  Her march is the march of mind.  She has a spear and a shield; but the motto upon her shield is Freedom, Independence, Peace.  This has been her Declaration: this has been, as far as her necessary intercourse with the rest of mankind would permit, her practice. 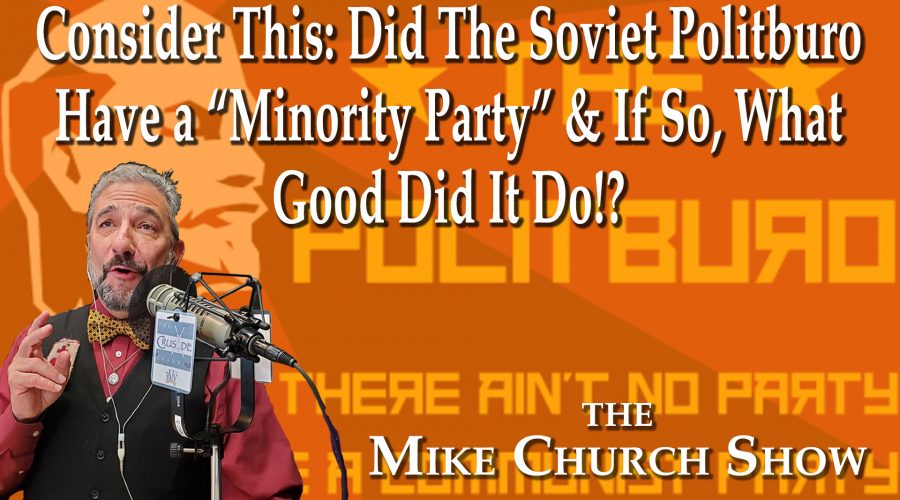