Mandeville, LA – Exclusive Transcript – Now you and I can talk about preserving my Financial Sanity in Three Easy Lessons, your new book.  David Simpson, whom many of you know, he’s been on the show many times, he’s provided financial counsel to me in the past.  What are the three easy lessons?  Check out today’s transcript for the rest…

Mike:  Now you and I can talk about preserving my Financial Sanity in Three Easy Lessons, your new book.  David Simpson, whom many of you know, he’s been on the show many times, he’s provided financial counsel to me in the past.  What are the three easy lessons?

David Simpson:  They’re not so easy.  I finished the book and it’s been taking way too long, as you know.

Mike:  Yes, these things take a lot longer than they’re supposed to, don’t they?

David:  Strange things get in the way, like work.

Mike:  And children.  We can’t let those things get in the way.

David:  The three easy lessons are things I encountered throughout my financial planning career.  I just saw some tendencies in people.  I think they were tendencies that were corrupting their ability to have success in growing their wealth.  All these things, I think, will correspond in the political world and the philosophical world and wherever else, but they apply in the financial world.  The first lesson is that you have to keep God at the center of all your decision making.

David:  They ought to believe it, and here’s why.  They’ll beat their head up against the wall a million times trying to make money their salvation or money their security or money the answer to all their prayers —

Mike:  The money says “In God We Trust” bucko.

David:  Then lesson one is scrapped.  That’s lesson one.  We have to keep the proper perspective on money and we haven’t.  There’s a corollary there.  I put an essay in the back of the book that describes one of the malfunctions we’ve made with money.  It deals with the Fed and why interest is wrong and so on.  That’s lesson one.  Lesson two is the plan itself.  You’ve got to have a plan.  I hear lots of people despairing today.  They say: It’s all going to pot.  What’s the point?  Let’s eat, drink and be merry.  Hey, if that’s your philosophy and you want to do that, fine.  I’ll just tell you this.  You don’t know when it’s going to go down the drain.  I don’t know when it’s going to go down the drain.  Until it does, I’m going to prepare as best I can to keep my family intact, my community intact, my fellow businessmen and friends, try to help us stay alive if it does start going down the drain.

Mike:  So you’re not an advocate of throwing your hands up in disgust and saying everything has gone to pot and walking away?

David:  I got in an argument with one guy.  He was trying to use an analogy with me as to how it’s going to inevitably decline.  I said: There’s only one problem with your analogy.  You’re talking about human beings.  He was using a downhill slide.  I said yeah, a rock will continue to roll downhill but a human can say: I’m going to turn around and go back up the hill.

Mike:  The proverbial slippery slope.  We can take, what do they call that thing the mountain climbers use, an ice pick?

Mike:  We can take a pike and as we’re sliding down the hill on our backside, jam the pike into the side of the hill and stop.

David:  We have human action.

Mike:  We can put crimp-ons, is that what they’re called, the spike shoes?

Mike:  Eric, what’s the spike shoes the mountain climbers use?  Are those crimp-ons?

Mike:  Spike shoes for $100, Alex.  Survey says!  You put your spike shoes on and then climb back up the hill.

David:  Whenever you deal in human action, people have a choice.  We can choose right now to save our country.  We’re not choosing it.

David:  We can do it.  These analogies always fail.  People who say it’s inevitable, they’re getting into that fatalistic, defeatist mentality and they shouldn’t.  If you have a plan, your own personal plan, it may only impact you or you may grow that plan into a larger plan and save even more people.  Lesson three is: What’s the purpose of the operation?  Why are we doing all this?  Why are we saving money?  What are we putting things aside for?  It’s got to be more than our own self-gratification.  Lesson three is that there is a purpose and the purpose is to use our wealth for things that make us happy and make our world a better place.  The people who do that, by the way, are enormously satisfied in retirement.  People who don’t do that are enormously despairing in retirement.

Mike:  So you put your money away and you declare or say to yourself: I have a purpose.

David:  I have a reason.

Mike:  The book is Financial Sanity in Three Easy Lessons.  You know what I like best about your book?

David:  I was almost ashamed when I finished —

David:  I was ashamed at first but I thought no, I made it as concise and subtle and simple as I could.

Mike:  To make a corollary here, one of the great events of the 1790s was when Hamilton and his buddies in Congress passed this thing called the Carriage Tax.  What they were trying to do was see if they could have a unilateral, unlimited taxing power.  They passed this thing called the Carriage Tax.  One of the Virginians who was going to actually have to pay a tax on carriages he was making said: No, I’m not going to pay it.  You can’t make me pay it.  You don’t have the authority to pass a direct tax on carriages, or any direct tax.  This guy named Hilton refused to pay, knowing that the attorney general would have to take him to court, and he did.  It was John Taylor of Caroline that argued the case in front of the state court in Virginia.  It had federal judges in it that day.  Taylor of Caroline’s argument was used by Edmund Pendleton, who actually argued the case in New York in front of the Supreme Court, which that case was then defended by Alexander Hamilton himself.  In Taylor’s case, he spent a day basically in front of the court saying: You can’t have an unlimited power to tax and here’s why.  That whole transcript of his case, which is the greatest argument against Congress’s sweeping taxing power ever written or ever spoken, because it was transcribed as he was speaking it, fits in 36 pages.  That’s all you need.  You don’t need 360; 36 is adequate to the task.

David:  I’ll give you another example.  I went to law school.  Every book was at least 500 pages.  Your textbooks were enormous because they were case after case after case after case.  Supposedly I’m learning the law, right?  The best legal training I ever got was a little pamphlet called “The Law” by Frederic Bastiat.  It’s probably 70 pages.  It’s a tiny treatise, but it’s wonderful because it explains exactly what’s wrong when governments become abusive and grow out of control, and explains the proper purpose of the law.  I did that when I was 15 or 16 years old.  When I was 20-something in law school, I had to read volumes and volumes and volumes.  It just confused the issue.  It didn’t help you understand it.

Mike:  This is why lawyers are trained today not to study the Constitution and instead to study precedent and case law.  That’s so you can keep making more case law and more lawyers.

David:  If you can say your message in ten words but you’d rather go on and use big words and say it in 150 words, you’re just wasting people’s time.  I hope people do see that.  I’ve re-read the book since I wrote it. There are a few places where I think I probably should have elaborated and made it more clear but —

Mike:  You can do that in the sequel.

David:  — I can do that in the sequel.  Or I can write the second edition write and add the things I need to add.

Mike:  That’s what the successful people do.  When you get the second edition, you go: Oh, this book was such a success and I’ve added new material.

Mike:  Or you could just be honest about it and say: This is the stuff I left out the first one because I didn’t think of it.

David:  Or here are the calls I got of people who corrected me when I was wrong.  They found all my typos. 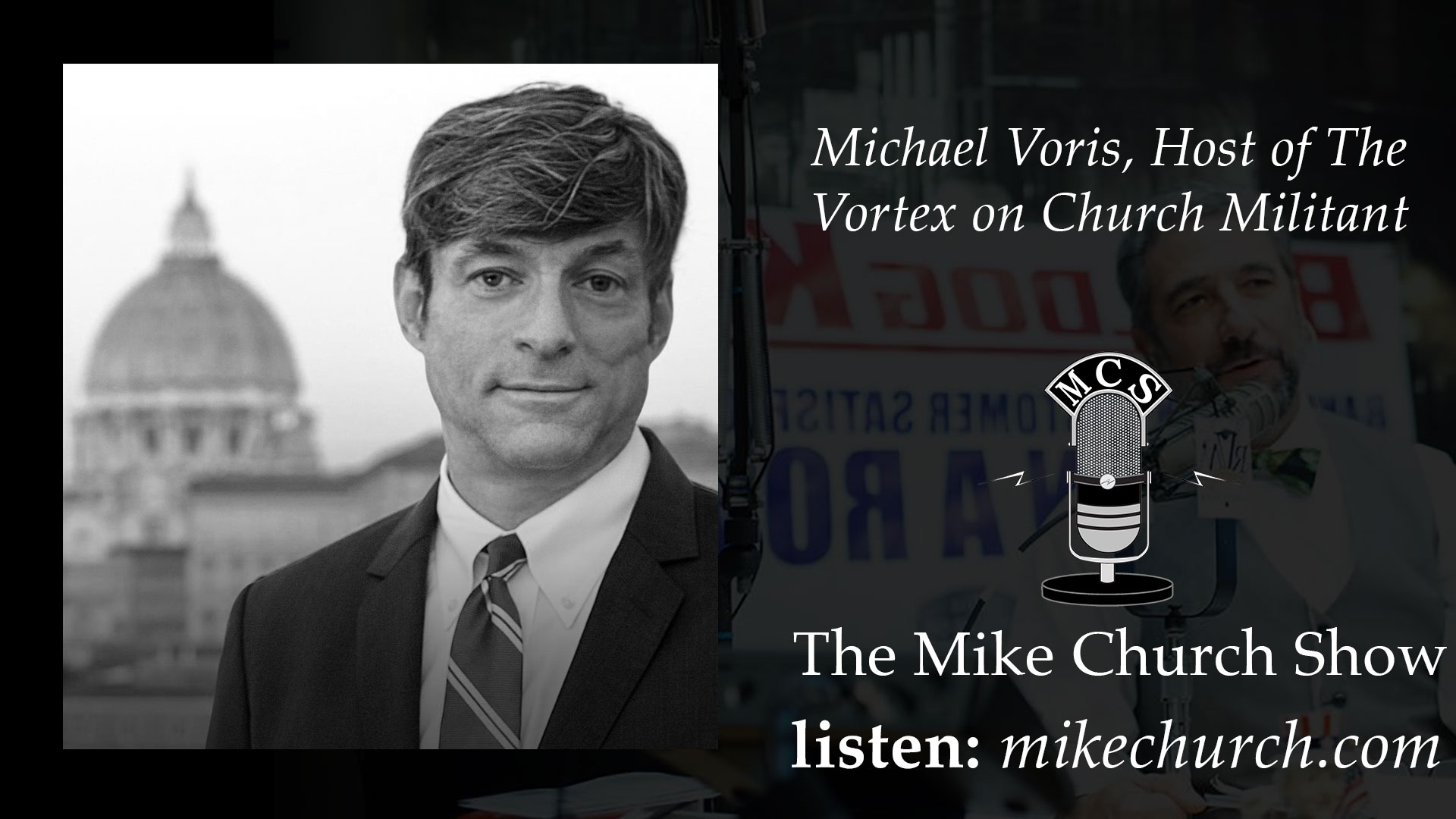