Mandeville, LA – Exclusive Transcript – Anthony Sanders, our friend the economist at George Mason’s Mercatus Center has been blogging about this.  I asked him for some charts yesterday and he put charts together.  You can find them in today’s Pile of Prep under the headline “Confounded Interest,” what Sanders says about the shutdown.  Check out today’s transcript for the rest…

Mike:  Anthony Sanders, our friend the economist at George Mason’s Mercatus Center has been blogging about this.  I asked him for some charts yesterday and he put charts together.  You can find them in today’s Pile of Prep under the headline “Confounded Interest,” what Sanders says about the shutdown.  By the bye, I never got to giving the phone number out.  If you want to be on the last program that will ever air here, because tonight at midnight it all ends in a flaming fireball of apocalyptic debt and government inability to operate, please call me today.  I want to talk to each and every one of you, because the phones aren’t going to work tomorrow.  Satellites are going to fall from the heavens.

As a matter of fact, I’ve been noting that the great constellation of Orion — when I leave my house at 3:30 a.m. every morning and there are no clouds in the sky, I get a pretty good view — I live far enough from the big city that there’s not enough light pollution to obscure the larger constellations.  I can’t see the little ones.  I’d have to go out in the middle of nowhere to see them, but I can see the larger ones.  I’ve been noticing that Orion is coming into view and he rises just a little bit higher on the southeastern sky every day, indicating that the Earth in its cyclical orbit is getting to that part of our orbit around the sun where, at nighttime, Orion is not obscured by the sun.  You see, during the summer months, Orion is more difficult to see because of the angle of the earth and where the stars and constellations are.

In any event, I’ve been noticing Orion majestically rising on the horizon to where he is now at about 60 degrees off of horizon.  He started where you could barely see the tip of him, then the three stars in the belt, and now I can almost see the entire constellation about 60 degrees off the horizon.  Well, that’s all going to end tonight at midnight because the earth is going to stop orbiting the sun.  I notice that there is a new moon arising, or that we have a fresh set of moons as the moon is now, over our hemisphere anyway, in its perigee of its orbit, meaning its low point, or it’s getting to its low point.  We can see it brightly in the early morning sky.  The moon is going to fall, too.  The moon falls, the stars stop to glimmer.  You know, I bet we’re not going to have a sunrise tomorrow morning if the debt ceiling is not raised.  I bet good day sunshine decides not to show up.

The Washington Monument syndrome is used to describe the tendency of government agencies in the United States to cut the most visible or appreciated services provided by the government when faced with budget cuts. And protect massive waste (since no one would miss the massive waste if it was cut). Such as closing National Parks and Monuments.

The interest payments on Federal debt is a small percentage of Federal current expenditures (11.5% at the end of Q2). So, the US has plenty of income to pay the debt.

Mike:  He provides a graph.  If you go to MikeChurch.com, click on Wednesday’s Pile of Prep, and click on the link to Professor Sanders’ blog.  You’ll see graph #1.  The pink line at the top of the graph is federal revenue.  The green line at the bottom is what will go out as debt payment.  As you can see, there is a gulf, an ocean, a veritable ocean of dollar bills in between what has to be paid as debt and what will be taken in as revenue.  The green line is revenue, folks.  That’s not pretend or projected; that’s revenue.  Let’s chunk a couple other things in there and see what happens.

How about if we add in Social Transfers such as Social Security (pink line)? Still plenty of room to pay Treasury debt interest and social transfer payments.

Mike:  There’s still plenty of dough to go around.  There’s no default there.  Those out there saying [mocking] “People are going to die and starve.  They’re not going to get their disability.  Everyone’s gonna be . . . oh, my God!”  If that occurs, then that will be the choice of the president who will order the treasury secretary to pay or not pay certain obligations.  This is what is at stake here, folks.  This is what is at play.  Those that say, [mocking] “Without the continuing resolution, nothing can get paid,” that’s just not the case.  The fact of the matter is, the president, in faithfully executing the laws, is seeing to it that government services are funded.  He says he can’t pick and choose, that he doesn’t have a menu he can choose from.  Yes, he does.  He’s currently choosing from a menu.  Why do you think all these parks and what have you have been locked up and have padlocks on them and barricades and whatnot out front?  That’s because those things have been shuttered by choice.  There’s only one person here that’s going to cause us to go into debt, and that’s President Obama.  If he calls Jack Lew up, the treasury secretary, and says don’t pay those CD notes or 30-year T-bills that are coming due tomorrow, interest on debt, don’t pay them, then there could be a partial default on debt.

I want to get to part two of this.  The president is not historically correct, and neither is anyone else that says the United States has never defaulted on its debt.  It has, twice.  Let’s go back to today’s Pile of Prep.  I did a little research on this last night for your edification.  Let me arm you with some statistics so that when you get cornered at the watercolor today and get told, [mocking] “You’re causing us to get shut down.  You’re going to cause our credit rating to go up.  The moon is not going to come up tomorrow because of you and your Tea Party buddies. We’ve never defaulted before.”  Oh yes we have.

Joseph Salerno writing at the Mises.org blog writes this, “Bruce Bartlett’s Nutty Government Default Hysteria: Here’s Another Economist for His Hit List.”  He writes about this Bruce Bartlett piece where Bartlett was throwing a major temper tantrum over the prospective default of the federal government, claiming that the Feds have never defaulted before, and that he was relying on the historical ramblings of other economists.

Ohio State economist J. Huston McCulloch actually challenges the conventional wisdom that the U.S. government has never, ever defaulted on its debts. McCulloch points out that the U.S. did indeed default on its debt in 1861 and again in 1933. In 1861, the U.S. Treasury issued “United States Notes” to aid in financing the Civil War. These Treasury notes, known colloquially as “Greenbacks,” promised to pay the bearer in “lawful money,” gold or silver at the government’s discretion, on demand. At the end of 1861, however, the government renounced its promise and suspended redemption as of January 1, 1862, putting it technically in default until 1879 when the notes were again made redeemable in gold.

Mike:  In other words, they said: We need money to finance old dishonest Abe’s slaughter of the Southern peoples. We’ll sell you these things called Greenbacks.  For a hamburger today, I will gladly pay you on Tuesday.  The Lincoln administration sold these greenback notes saying we need to finance the war, finance building an army.  Give us some money and we’ll pay you back by January of next year.  When the notes came due, the Lincoln administration told the people that held the notes to go pound sand.  That’s a default.  They defaulted on the debt.  If you bought one of those one-year notes, you had to actually wait 18 years to get your money back.

In 1933, President Roosevelt reneged on the promise to pay the interest and principal on Treasury bonds in gold at the rate of $20.67 per ounce, which once again put the government in technical default. In 1935, the right to redeem the bonds in gold was restored to foreign bondholders only, but at the depreciated rate of $35.00 per ounce, an option which was never offered to U.S. bondholders.

More important, the whole notion that an honest and explicit debt default by the U.S. government is an unprecedented event and the worst possible outcome in the current situation is ludicrous given that the U.S. has been continually and surreptitiously defaulting on its debt since World War 2 via inflationary finance.

Mike:  I pointed this out on yesterday’s program.  If you bought a bill, a T-note, whatever you want to call it, if you bought a debt security in 2000 and you expected that it would hold its value plus the promised interest, you got screwed, and the government defaulted on you.  How?  Because it kept increasing the money supply, decreasing the value of the dollar, and basically inflating away your profit.  In other words, you were defaulted on.  It did not pay you what it promised to pay you the day you bought the note.  That’s a default.

Governments often effectively default on their debts through inflation. Under a fiat money regime, they can always print enough legal tender money to pay off their debts. The only catch is that the money will not be worth as much as it was before. If it tries to cover too much deficit spending in this manner, more than a few percent of GDP, the inevitable result is hyperinflation in which money quickly becomes virtually worthless.

Disastrous though an explicit Treasury default would be, bringing down the entire economy with a hyperinflation or even a partial inflationary default would be even worse. But if we keep charging current deficits to future taxpayers at our current rate, the inevitable result will be a revolt in which they either explicitly repudiate all or part of the debt, or, worse yet, inflate it away. 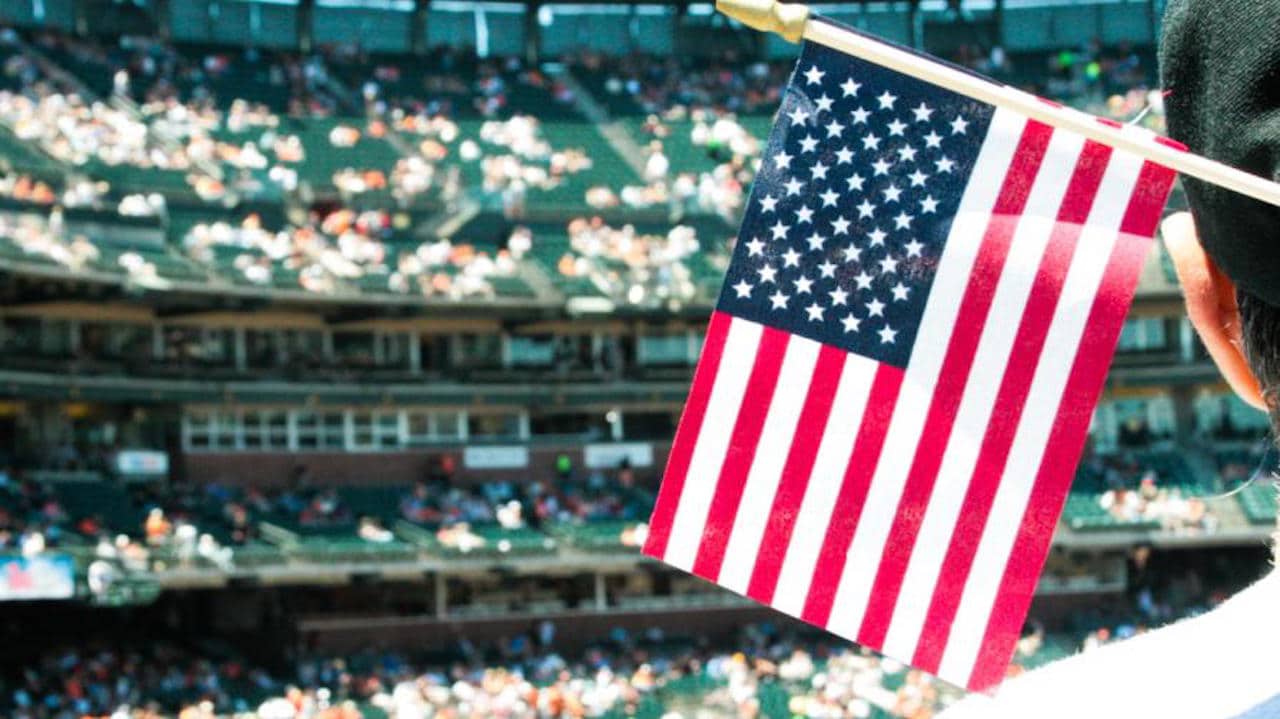