The NOLA, CRUSADER Knight Rosary For Life & Procession of Our Lady of Prompt Succor

The NOLA, CRUSADER Knight Rosary For Life & Procession of Our Lady of Prompt Succor 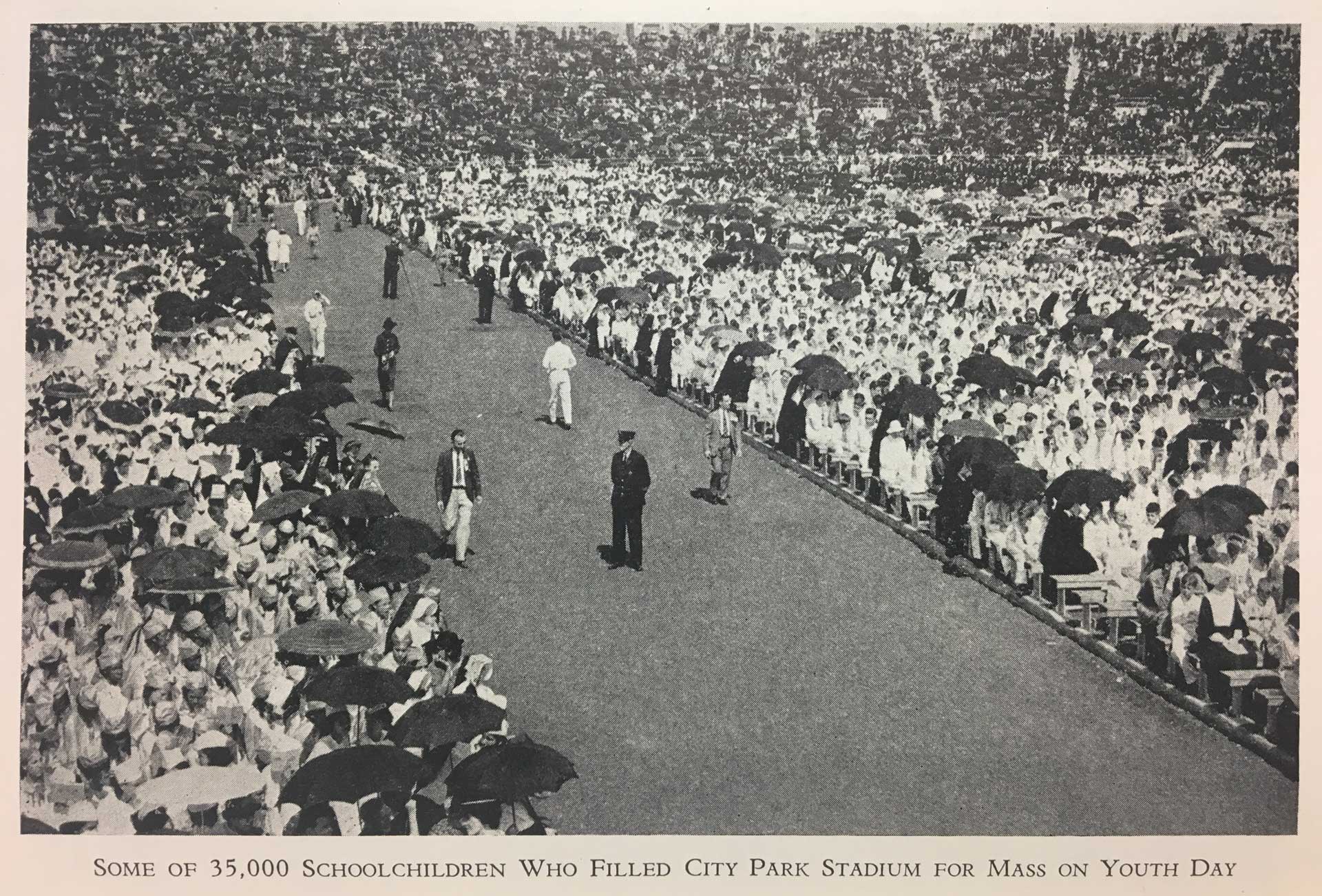 UPDATED JUNE 17th – New Orleans Archbishop Gregory Aymond, contacted us by phone to express his strong support for the procession & Rosary rally and to assure us of his prayers because he cannot attend and pray with us! Please make plans to attend and note, this is a Pro-Life rally, children are WELCOME because they are what we’re defending from evil and protecting from Beelzebub’s predators.

The caption says “Some 35,000 School Children Who Filled #NewOrleans City Park Stadium For #Mass on Youth Day”! ALL 35,000 & then some would join the 1938 #Eucharistic Procession down Canal Street. C’mon N’awlins,… @PadreAllen @Sensus_Fidelium @TaylorRMarshall #CatholicTwitter pic.twitter.com/nXA5MeUwBb

WHEN: Saturday, June 22, 03:00 p.m., meeting at the public parking lot next to Saint Patrick’s Church

Mandeville, LA – Radio talk show host and Founder of The Veritas Radio Network’s CRUSADE Channel, Mike “The KingDude” Church is leading a Procession and Rosary Rally in response to the “UN Cause, A Boozy Bake Sale” an event we have dubbed “Bake To Kill”. This event was organized to raise funds for Gulf Coast Planned Parenthood and give infanticide defenders the chance to make a statement about the “right” to kill your soon to be born child. We will meet in the parking lot next to Saint Patrick’s Cathedral on Camp Street at 3:00pm Saturday June 22nd, then Process with Our Lady of Prompt Succor leading the way to the “Bake To Kill” party and pray the 3 Mysteries of the Holy Rosary, pleading with Our Blessed Mother to restore New Orleans as the greatest Catholic City in the U.S. and protect and defend all human life therein – as Saint Joan d’Arc did for Orleans and France.

Join Us In Solidarity To Protect Our City From This Evil of Abortion! Saint Joan d’Arc, Maid of Orleans, ora pro nobis!

The Mysterium Fideii of New Orleans

The Louisiana based Confraternity CRUSADER Knights of the Most Holy Rosary will lead the Rosary! 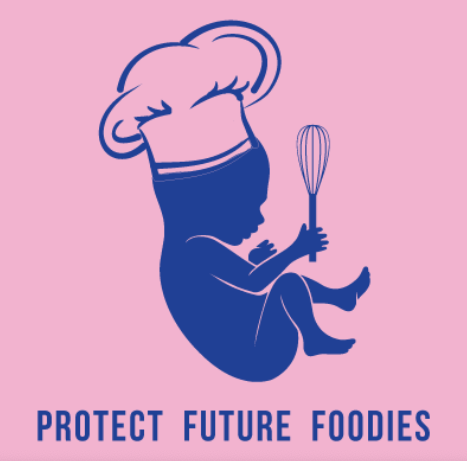 According to Pro Life Louisiana…

Fifty-five New Orleans area chefs [that number is now over 100!], bartenders, restaurant and bar owners, and others (and their businesses!) are publicly raising funds to promote abortion in our city, and we need to let them know we DO NOT SUPPORT their actions! See the event’s Facebook page. They say 100 percent of the profits go to Planned Parenthood Gulf Coast and the New Orleans Abortion Fund. Here’s what Megan Forman told Nola.com: “For me, I just see an erosion of rights in general. When people’s rights are endangered, it’s a cause for alarm. It’s scary when you might alienate customers, but I feel so strongly about this.” We want to protect future foodies, not abortion businesses.

Contact these restaurants today and tell them that they have lost your business. (click for the entire listing)

DETAILS OF THE RALLY

Scarcely twelve inches high, the little plastered statue was destined for disposal when Sister Felicite found it in her convent attic in France in 1785. Pained to see this image of Our Lady so carelessly cast aside, Sr. Felicite fell to her knees and prayed. “My good Mother, if you will take away promptly the obstacles that stand n the way of our departure, I will carry you to New Orleans, and I promise to have you honored  there by every means in my power.” Within a month her petition was granted and “Sweetheart” accompanied Sr. Felicite to the Ursuline Convent in New Orleans. It was through the intercession of Our Lady of Prompt Succor that the city of New Orleans was spared when a devastating fire threatened the French Quarter and the Ursuline Convent.

Anyone wishing to participate is strongly encouraged to and defend our beloved city and state contra this diabolical “counter-offensive” of the Prince of this world against our people, our legislator and our Governor, John Bel Edward’s, democratic will: Louisiana is a Pro-Life sanctuary state because…

“ya momma was preaux life, dawlin'”

Join us and bring a friend, please help spread this message far and wide, God bless and Mary keep you – Mike Church

New Orleans Has A History of Catholic Activism & Processions!

In 1938 over 65,000 people processed down Canal Street in a Eucharistic Procession, led by the archbishop of New Orleans, 65,000! Blake Pontchartrain, New Orleans Know it All recounts the event.

Nearly 65,000 people attended an outdoor Mass held at City Park Stadium (now Tad Gormley Stadium). The outdoor altar featured a 75-foot-tall domed canopy and 9-foot-tall crucifix. At the end of the Mass, Pope Pius XI spoke to the crowd via radio. An elaborate bejeweled 14-karat gold monstrance, or vessel to hold the Blessed Sacrament, was created for the Mass. It was formed with donations of gold, silver and other precious metals and gems from Catholics here and across the country. It was used during Pope John Paul II’s visit to New Orleans in 1987 and still is used for special Masses and religious observances.

There were other Masses held that day, one dedicated to Our Lady of Prompt Succor, at Sacred Heart Catholic Church 3200 Canal Street, New Orleans, LA. (Parish founded 1879). Below is a photo of that event I found at the Louisiana Digital Library with their caption attached.

I have been scanning and retouching photos of the 1938 Eucharistic Congress, here are the edited shots I’ve compile thus far – ©2019 Mike Church Art

Watch the video below of the Mass that preceded the Eucharistic Procession in 1938 and imagine 100 of the chefs and bartenders plus 1,000 of the parishioners leaving that Mass, processing down Canal street behind a golden Monstrance containing our precious Lord’s body; then heading to the Bake To Kill afterward to go raise funds for abortion. Father Lawrence Carney once told me after learning of this city’s magnificent Catholic history that

“once a ground has been claimed and consecrated for Christ it can more easily be reclaimed for Christ.”

Reverently standing up to those misguided souls who wish to preserve and fund the killing of future New Orleanians as a “right”, is a step toward that reclamation.

The CRUSADE Channel
The CRUSADER Knights of The Most Holy Rosary