Finding Jefferson’s Original Declaration – The 3rd of July Is Not Boring Anymore!

As John Adams told us yesterday “the second of July is to be remembered as the greatest epocha in American history” and tomorrow, July 4th needs no explanation but what of poor, lonely, neglected July 3rd? Is there nothing worthy of remembering on the day before Independence was declared!? You bet your 4th of July drafts there are, more specifically “draughts” of the document kind thought to have never existed!

“Now you’re talking KingDude, a mystery to solve!” Yessir it sure is and I did solve it and presented the findings in my whodunnit: Pages of Independence! airing 4 times on July 5th on the CRUSADE Channel! 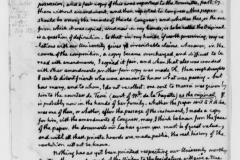 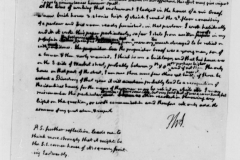 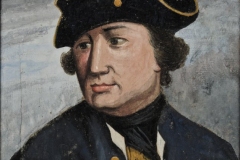 So what happened on July 3rd? Well, Congress debated changes to Thomas Jefferson’s “rough draft” of “A Declaration” and here’s where it gets really mysterious! Professor Wilfred Ritz a=of Washington and Lee college asked the operative question in an essay submitted for the Bi-centennial jubilee of the Declaration of Independence as ordered by Congress and carried out by their library. Ritz’s piece was titled:

Now for the question no historian has ever answered until now (professor Ritz comes closest).

How would a body of some fifty men, the Continental Congress, go about revising and developing a final text from a four-page handwritten report? The common sense approach would have been to send a copy of the handwritten report (retaining the original to guard against loss) to a printer and have sufficient copies run off so that each member could have a copy.

From Ritz’s essay and what I think is one of the greatest, ‘Murican Histories Mysteries never explored:

• Were there printed copies of Jefferson’s “rough draught” that the delegates read from while debating on July 3rd?

• Was one of those copies “leaked” out to excited patriots like Commodore Esek Hopkins?

• Did Jefferson and others violate their scared “vow of secrecy”?

• Finally, did Jefferson squirrel away his “original… rough draught” of the Declaration of Independence for safe keeping? If so, is it still extant?

Here’s a glimpse of Professor Ritz’s answer to some of these questions, his full essay appears at the bottom of this page.

From its first session the Continental Congress used a printer not only to facilitate its operations but also to publicize its activities. By definition a declaration is something to be declared publicly, an objective furthered by putting the text into type early in the process. If Congress did not put Jefferson’s Rough Draft report into print, the members can only be called dunderheads. Because they were not, but rather were in the habit of employing a printer, it is highly probable that Congress had Jefferson’s Rough Draft printed and copies distributed to the members before considering it.

Although there is no known print copy of the Rough Draft, and it is extremely doubtful that one ever will be found, its existence in 1776 still can be established with reasonable certainty. Here the HSP Fragment and its errant a provide a crucial clue. The errant a in the thirteenth line of the HSP Fragment is not just an inconsequential article. In context, it carries a meaning of potentially greater importance than any other word in the Declaration. The second paragraph of the Dunlap Broadside reads:

We hold these Truths to be self-evident, that all Men are created equal, that they are endowed by their Creator with certain inalienable Rights, that among these are Life, Liberty, and the Pursuit of Happiness—That to secure these Rights, Governments are instituted among Men, deriving their just Powers from the Consent of the Governed, that whenever any Form of Government becomes destructive of these Ends, it is the Right of the People to alter or to abolish it, and to institute new Government. The clause “and to institute new Government” is the same as in Jefferson’s Rough Draft, except that he used the ampersand.

Pages of Independence is a 3 hour ride into ‘Murican history that no Natiuonal Treasure movie can touch because this story is actually real!