Mandeville, LA – The fourth Sunday of Advent is called Rorate, from the Introit; but more frequently, Canite tuba, which are the first words of the first responsory at Matins. In his work, The Liturgical Year, Dom Prosper Gueranger gives us a beautiful meditation on this day, December 23rd, the last day of Advent before the Christmas Eve then Christmas office.

Sound the trumpet in Sion, for the day of the Lord is nigh: Behold he will come to save us, alleluia, alleluia.

But, to-day, thou enterest the city of David and Solomon unnoticed and unknown. It lies on thy road to Bethlehem. Thy Blessed Mother and Joseph, her Spouse, would not lose the opportunity of visiting the Temple, there to offer to the Lord their prayers and adoration. They enter; and then, for the first time, is accomplished the prophecy of Aggeus, that great shall be the glory of this last House more than of the first; for this second Temple has now standing within it an Ark of the Covenant more precious than was that which Moses built; and within this Ark, which is Mary, there is contained the God, whose presence makes her the holiest of sanctuaries. The Lawgiver himself is in this blessed Ark, and not merely, as in that of old, the tablet of stone on which the Law was graven. The visit paid, our living Ark descends the steps of the Temple, and sets out once more for Bethlehem, where other prophecies are to be fulfilled.

The prophet Aggeus is a rare, small book that is included in the Bible’s Minor Prophet section. The passage Dom Prosper references reveals the second coming of God’s House. 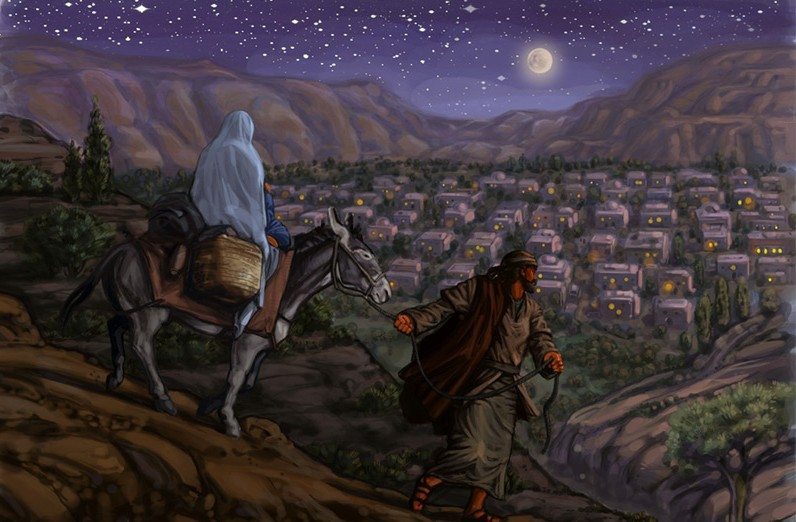 Finally, Dr Kwasniewski reminds us of the meditations written for the close of Advent by Dom Dominic Johner O.S.B.

We implore the descent of the Just One from heaven. But His justice will not make His countenance the less benevolent, nor His eyes the less loving. He comes not to reproach, not to drive sin-laden man away in confusion; He comes as the Saviour, calling to Himself all who are weary or burdened.
Already a child of this earth is bearing the Just One in her virginal womb. From her will go forth the most beautiful flower that ever our earth has produced, the rose of sweetest odor. This earth will not be opened, for it will be from an intact virginal womb that the flower will proceed.

A blessed 4th Sunday of Advent to you and yours, let us pray we may humbly pave the way for celebrating the coming of The Redeemer in but 2 days! Oremus!