Mandeville, LA – Mike Church’s daily Pile of Prep, chock full of why the 3rd Amendment should NOT be incorporated plus other [r]epublican stories used to perform the Mike Church Show on Sirius/XM Patriot channel 125. “Bureaucracy” is a portmanteau word combining the French term for desk or office (“bureau”) with the ancient Greek word for government or rule (“kratos”). Thus, bureaucracy is ‘government from the desk,’ or “rule by office.” –

Notice that from this conception of governance all living things have effectively been removed. It posits no identifiable living being, whether divine or human. No persons are left to speak, to bring order out of chaos, to subdue the earth, or to do so in communion with others.

Steve KingGate: SO if you point out that there actually ARE drug runners coming across the border, smuggling dope in, calling it as it actually is, then the Jack Hunter Effect kicks in and you are dehumanized for speaking your mind and what you believe to be truth

Reefer Madness: Feds raid LEGAL marijuana shops in Washington state DEA Agent threatens marijuana merchant “Things are going to be hell for you.” Oh but don’t worry, I’m sure Mr. DEA was a “good guy” just “doing his job” and might of even had a warrant to take St Peter’s place and promise a taste of God’s wrath.

They just can’t help themselves. For once I would like just one writer or media person besides me to try and talk about the Jack Hunter “scandal” without making perfunctory paeans to the God that is The Central State. It is quite possible that a man’s love and kinship for the South and his birthplace have absolutely nothing to do with the type of life that generates the choreographed outrage of the DeceptiCONS and Libtards, isn’t it?

What happens when you cross a wooden desk with a government worker at that desk? You get soulless, heartless, uninspired, dehumanized, bureaucrats

They just can’t help themselves Pt II – This writer for the Atlantic doesn’t even TRY and disguise his disdain for all things Southern while claiming to write a piece about the wonders of those miracle fortresses called cities. Here is but a sample. “Well-off whites who live far away don’t. Atlanta, of course, is the prototypical case here: going back to the 1970s, it’s under-invested in public transit, because car-driving suburbanites haven’t wanted to pay for something they think only poor blacks would use (to come, they fear, to their lily-white cul-de-sacs).”

Drone Nation: The FBI has flow drones over the U.S. at least ten times but CITIZEN! You should trust your federal LEOverlords…Citizen

Huma Abedin, the other Other Mrs. Clinton (in waiting) regardless of the humiliation incurred because of her defense of Carlos Danger

Mordor, swimming in the wealth transfer cash of the ravaged rest of the United States shells out $140 MILLION to help build a BILLION soccer stadium!? What is going on here? Why not a $3 billion dollar field with 2 retractable roofs, 4 Olympic sized swimming pools and a suntan deck for players and owners to use in between practices?

Talk about equal apportionment! (John Taylor’s argument in the Carriage Tax case) an OH legislator wants to give property tax CREDITS to homeowners who homeschool their children = to the amount they would be compelled to pay for the upkeep of the public shcools. The usual suspects cry foul, countdown to Banshee woman in 3, 2, 1…

AUDIO: Ron Paul says we will see governments back off when the dollar and the military lose their sacred trusts, until then, crank that pixel press up boys, theirs some elites who need a bailout! 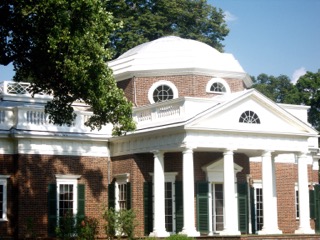