Mandeville, LA – Exclusive Audio and Transcript – What about fat people?  More people die from obesity than die from gun violence every year.  Shouldn’t we try to figure out what the mental state of mind is of Fat Albert, try to figure out how we can stop fat people from becoming fat?  Maybe there’s a mental health cure.  Maybe if we just mentally observed.  Hang on, before you can eat a Twinkie, before you can partake of your first taste of products made with high fructose corn syrup, you’ve got to pass this mental health exam.  We’ve got to make sure you’re not going to become the next Fat Bastard out there.  Check out the rest in today’s audio and transcript…

Jay Carney: The president’s positions have been beyond what you’ve cited. I’m sure that was an oversight, including his support for reinstatement of the assault weapons ban, his support for closing the so-called “gun show loophole,” which allows people to buy weapons without going through the background checks which are standard when you purchase from a retailer.

Journalist:  …what he’s actually done, not just what he has said he supports.

Carney: Can I finish? It’s clear that as a nation we haven’t done enough to address the scourge of gun violence in this country. It’s a complex problem that requires more than one solution. It calls not only for reexamining our gun laws and how well we enforce them, but also for engaging mental health professionals, law enforcement officials, educators, parents, and communities to find those solutions. While, as I said, there’s no one answer to this problem, it is clear that we cannot once again retreat to our separate corners and to our stale talking points, because that inevitably leads to an impasse.

Mike:  You just gave a stale talking point.  Am I the only one that picked up on that?  [mocking] “We can’t retreat to our stale talking points like the one I just gave you.  It’s the only one I have, but I’m going to create a newer and more better one.”  Yes, let us rely on mental health professionals.  They’ve never let us down.  Do you think Lindsay Lohan sees a mental health professional?  I think we should try to crawl inside the heads of everyone, inside their minds to try and figure out where their minds are.  Maybe we can prevent unnecessary divorces, too, and thus unnecessary and unwanted children as well, by giving mental health exams before you get married, federally-imposed, federally-written, federally-administered marriage exams.  Some guys out there are going, you’ve got to be crazy to get married anyway, and some women are saying that, too.  Maybe we ought to have our heads examined.

What about fat people?  More people die from obesity than die from gun violence every year.  Shouldn’t we try to figure out what the mental state of mind is of Fat Albert, try to figure out how we can stop fat people from becoming fat?  Maybe there’s a mental health cure.  Maybe if we just mentally observed.  Hang on, before you can eat a Twinkie, before you can partake of your first taste of products made with high fructose corn syrup, you’ve got to pass this mental health exam.  We’ve got to make sure you’re not going to become the next Fat Bastard out there.

I’ve got an idea.  You want to outlaw the size of magazine clips so we can cut down on violence — as I said, more people die from obesity and related complications every year — why don’t we outlaw 4X and 5X t-shirts.  There you go, nothing over 3X can be sold in the United States.  If you go and try to buy a Fat Bastard 4X, we’re going to arrest your ass right on the spot.  We’re going to give you a mental health evaluation.  We’re going to send you to a fat farm.  We’re going to cure you of your desire to eat donuts.  While we’re fixing everything, since the federal government has a constitutional authority to do all this, why not obesity?  Why not cigarette smoke?  Are you 18?  You still can’t buy the cigarettes.  You’ve got to go through a mental health evaluation.  Why?  Because you might like it.

I’m running you through a mental exercise that is an allegory for what this man just said and what the previous devoid of intellect and critical thinking, Marc Ambinder of The Week on gun control, the column I read to you.  If we’re going to get into mental health and fixing people’s mental health and testing them, let’s do it right.  We need a society that’s perfect.  Isn’t that what you utopian, progressive nut jobs have always pined away for and believed?  Can’t we perfect the human condition to the point where we can eliminate all maladies?  Just think, with the right federal policies and the right federal politicians imposing the right policies on all of us, we can eliminate divorce, fat people, smokers, you name it.

AG, what was that Christian Bale movie where he was the cop?  Equilibrium.  Yes, let’s live in an equilibrium society, that way no one will have access to anything unless father has approved it.  You only get access to it after you pass our little exam.  Oh, you’d like to buy that hand-rolled cigar, would you?  Gotta have a mental health exam before you can do that.  Smoking kills people too, don’t it?  How about motorcycles?  A lot of people die in motorcycle accidents every year, don’t they?  I think we ought to have mental health exams before anyone can get on a motorcycle.  Why do you want to ride that bike?  Watch this video of Evel Knievel jumping these buses and see if it turns you on.  If it does, we’re not going to give you a license.  No, you may see some ramp out there or something that looks like a ramp and you may want to jump it.  If you do, you may harm yourself or someone else.  We can’t allow that.

The critical thinker sees right through all of this.  You cannot perfect man.  What these people are talking about is the same utopia that they see when they say, “If we just give money to the poor, that will solve their plight.”  No, it makes them permanently poor, most of them.  I don’t want to hear the last Carney clip.  I’d rather hear AG talk.

AG:  The last Carney clip is more on the budget, so different kind of topic.  The question I have is, if we accept the idea that man is not perfect and you can’t make laws to fix everything and ensure tranquility and safety, where is the line in terms of what we do make law?  We have restrictions on people able to get cars because it’s a public safety.  Where do we draw that line?  How much impact do we want to have in public life to ensure safety if ultimately it’s somewhat futile in the sense that you can’t make sure you’re safe 100 percent of the time?

Mike:  I can’t answer that.

AG:  You can take a really libertarian perspective and say I only want to protect myself and my property rights, or you can take a real overreaching government needs to do everything.  You need to do yearly driver’s license checks and visual tests, etc., etc., but then you start down that slippery slope of where does it end?  Is it just the quest of society to find that medium that ensures liberty but at the same time is protective of those that can’t protect themselves and of others?

Mike:  It has been the great quest of mankind throughout all of recorded history at some level.  All laws, unless they are passed by kings for their own personal advantage or by dictators for their own personal advantage, all laws carry with them the prospect or the promise of some ubiquitous societal good.  For example, you cited the driver’s license.  The societal good that you allegedly obtain from issuing the driver’s license is, as you said, you have to take the vision test.  You supposedly have to take the driver’s exam to do this.  You’ve got to prove that you can park the car and drive it on the street and all that.  I think in some of these instances there’s universal agreement that a very pedestrian, entry-level display of acumen and skill for the particular task that you seek a license is a warranted thing.  It’s a societal good.  You wouldn’t issue driver’s licenses to the blind, which maybe is what the eyesight test is supposed to ferret out.  Are you blind?  Can you actually see where it is you’re going?

If you think of it this way, what is the moral compulsion?  Let’s say you cheat on the test.  Let’s say you pay somebody to go in there before you and tell you what the two lines they tell you to read are, memorize them.  Then you memorize them but you can’t see.  You go in there and go RSTLNE, ZOYV23.  The driver’s exam person goes, “Great, you passed.”  You can’t really see it.  They’re relying on your sense of morality and obedience to justly-passed laws that you’re still going to obey them.  For example, do you wear contacts or corrective lenses of any sort?

Mike:  I do.  Lots of us do.  I am very nearsighted, although not as nearsighted as some.  What happens if one day while I’m here at Studio D and I don’t have my spare glasses with me, one of my contacts gets a piece of dirt on it and I can’t get it off and I have to actually take it out, but I still need to drive myself home?  Am I going to call a cab and do what’s legally and morally right and not drive without all my eyesight, or am I going to say, “I know the way.  I’ve only driven it 450,000 times.  I can make it from point A to point B”?  The government is relying on me to call the cab because I passed the driver’s test with the contact lenses in, but it can’t guarantee that I’m going to do it.  There is a moral component to law.

As Russell Kirk wrote in his great book, which I suggest all of you should read, The Roots of American Order, the first chapter is all about two words we have in our society today: law and order.  What comes first, law or order?  Kirk argues that order comes before law.  If you don’t have a moral order that’s going to obey the laws, you can pass all the laws you want.  What we’re basically talking about then is the morality of the people and of the citizens that live under the laws.  If you’re a moral person and you believe that shooting someone in the head is an evil deed that’s going to send you straight to purgatory or to hell and you don’t do it, your morality has acted upon your conscience, not the law. 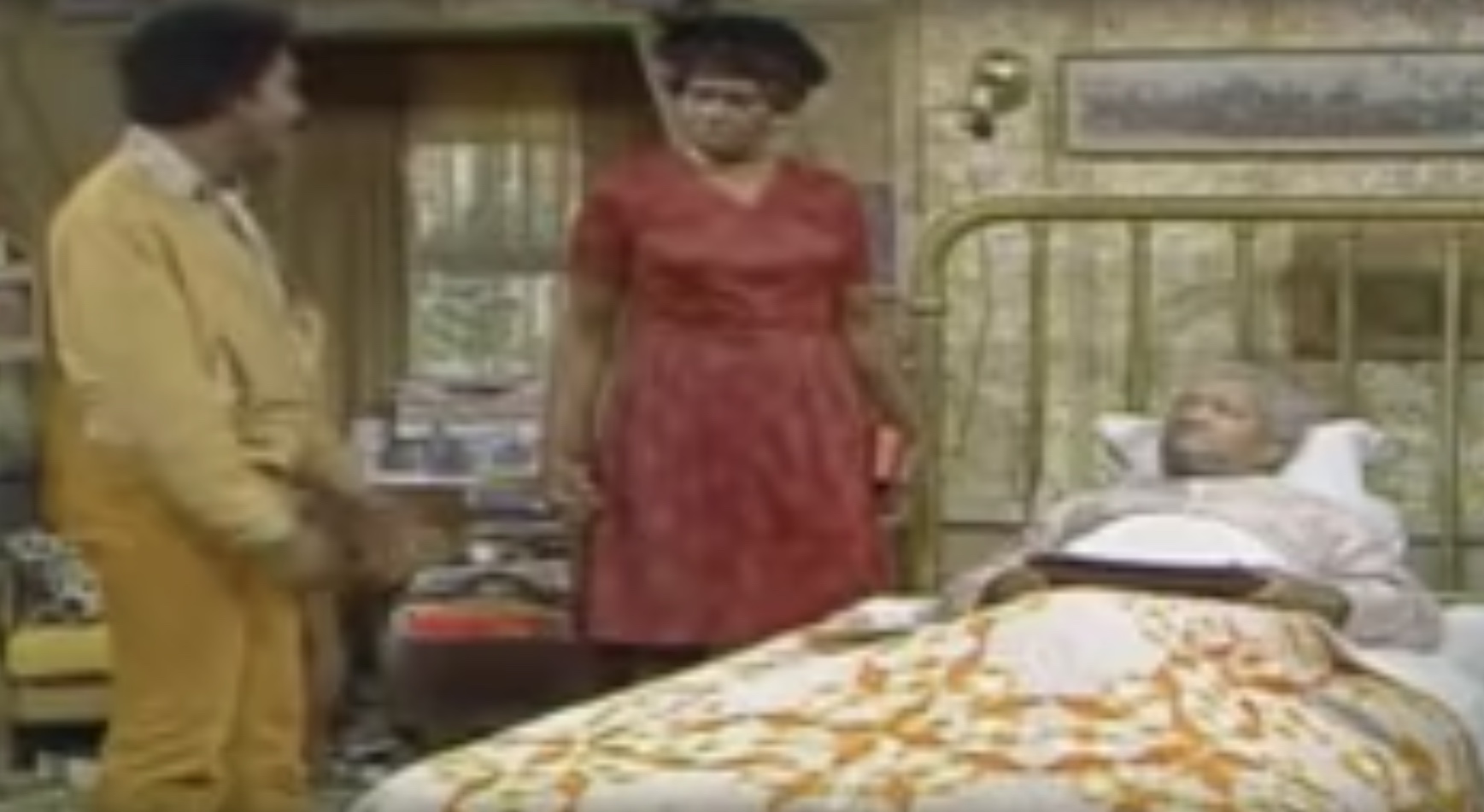 Wednesday Pile of Prep-I Remember When Gorilla Cookies Were Funny