Mandeville, LA – Exclusive Transcript – I have this story here about how a “gun rights group” claims to be a now supporter of the Manchin-Toomey bill.  How is this possible?  How is it possible?  Here’s the headline: “Gun rights group endorses Manchin-Toomey background-check bill.”  How could you be running around endorsing something that you know to be an unconstitutional exercise?  Check out today’s transcript for the rest…

Mike:  I have this story here about how a “gun rights group” claims to be a now supporter of the Manchin-Toomey bill.  How is this possible?  How is it possible?  Here’s the headline: “Gun rights group endorses Manchin-Toomey background-check bill.”  How could you be running around endorsing something that you know to be an unconstitutional exercise and you’ve spent all of this time belaboring the fact that [mocking] “The Second Amendment to the Constitution guarantees this and that.”  Actually, the Second Amendment to the Constitution says that the Senate shouldn’t even be having this discussion, yet every day there’s another news story.  There were two yesterday about some Republican that is ready to now join forces with Harry Reid and the Democrats in the Senate and they’re going to pass this bill.  There are those in the House that say: Pass it all you want.  It’s going nowhere when it gets to the House.  Don’t believe that for a moment.  Why is the Senate even having this discussion ought to be the question.  Why are people that claim to be Second Amendment boosters, why are they joining hands with all this?

Remember when I told you that once you incorporate the Second Amendment and you give that unquestionable, un-trembled authority to the central power to make all rules and regulations for the supervising of handguns, firearms, weapons, whatever you want to call them, you will rue the day.  This will now be in the hands of a federal senate, and it won’t always be the case that there is a John Boehner with a slender majority in the House of Representin’ to stop this.  That will not always be the case.  It ought to be at least startling, that’s if any of you are left out there that care about these things any longer.  It ought to at least be startling that people that purport to be promoters and boosters of the Second Amendment have now totally caved into the Manchin-Toomey effort because it’s politically smart.

The endorsement by the Citizens Committee for the Right to Keep and Bear Arms — which calls itself the second-largest gun rights organization in the country, behind the NRA, claiming 650,000 members and supporters — says they are backing the Manchin-Toomey bill now because it is the right thing to do.

Mike:  I have a question for you.  Is it the constitutional thing to do?  We have talks about this all the time, about whether or not things are constitutional or not.  You people call me up and I give you my opinion, a learned opinion drawn from history on the matter.  Earlier today we talked about Tiger Woods, the golfer, and whether or not he violated the rules and was a virtuous gentleman, as Nick Faldo, the commentator, said he should have withdrawn.  What are the rules of golf, ladies and gentlemen?  What is that manual that you can stick in your golf bag that comes from the United States Golf Association?  Read the inside page and it is in collusion or cahoots with the R&A, the Royal and Ancient Golf Society.  What is it?  It’s the rules of golf.  What is that?  That’s the constitution for golf, that’s what it is.  If someone violates a rules, even if they violate it in spirit as Nick Faldo was talking about earlier, there are repercussions.  You get censured for this, you get penalized.  There’s no violation for violating our golf rulebook, the Constitution, our republican rulebook, is there?

Compare the two.  Why are people so gung-ho about making Tiger Woods quit or disqualify himself on Saturday, which he did not do, because he violated the constitution of the game of golf, yet people have no such compunction when it comes to their member of Congress, their member of the state legislature, their governor from doing the exact same thing?  Why aren’t the rules of government any more sacred than the R&A, Royal and Ancient, rules for the game of golf?  Answer that question and you will find why so much of what is going on around you today that you have great disdain for. 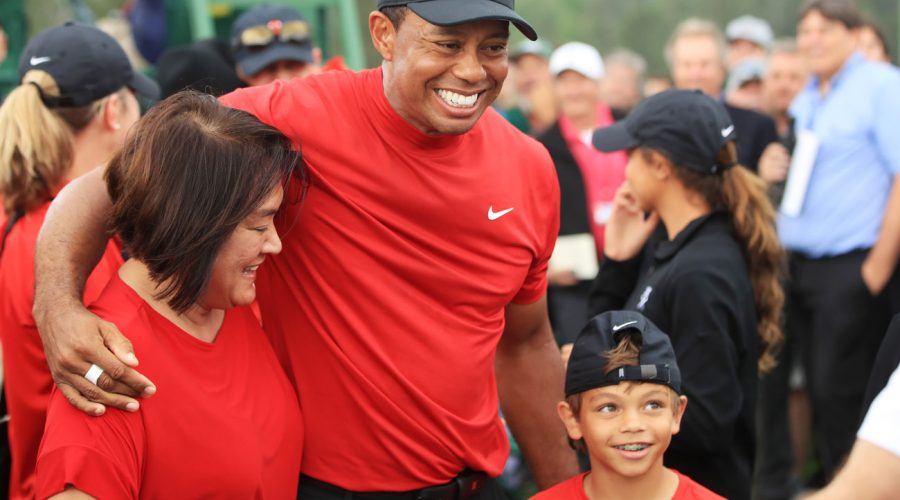