Mandeville, LA – Exclusive Transcript – Now, because we’ve run out of wilderness to conquer, now the wilderness that we conquer are teaching children that they can’t skateboard or can’t do anything else without proper padding and proper safety procedures and all that, oh but we can pigs out without safeguards.  We have people that are obsessed over these safety issues, yet the number one thing I would say is a safety risk for children in the United States has to be obesity.  Check out today’s transcript for the rest… Mike:  Rich in New Jersey will go next.  Hey, Rich, how you doing?

Caller Rich:  I was just making a comment about these kids being so coddled, playing outside.  One thing that brought to mind was thinking about straws and sippy cups for kids. They’re going to be required to wear eyeglasses, safety glasses.

Mike:  That’s right, because a straw might put an eye out.

Caller Rich:  That’s terrible.  I’m 50 years old.  When I was in my 20s just getting into roller hockey and ice hockey, the more padding I wore, the more I fell.  I was one of those guys, the less I wore, the better.  I wore a helmet, occasional kneepads, but all the shin guards, shoulder pads, you name it, I got hurt.

Mike:  Irving Babbitt in his phenomenal book Democracy and Leadership describes this phenomenon that you and I are joking about, Rich.  He was describing back in the 1920s when he wrote Democracy and Leadership.  He was describing what was going to happen now that the citizens of the United States no longer had any frontiers to explore, no longer had any wilderness to conquer, no longer had to shoulder the burden of worrying about how they could better make their food supply more safe.  Pasteurization had come along and what have you.  There had been cures and inoculations for various diseases that the prior generation didn’t have.

Caller Rich:  I skateboarded in my teens.  You fell, you skinned your knee, but then you get back up and try harder.

Mike:  Now, because we’ve run out of wilderness to conquer, now the wilderness that we conquer are teaching children that they can’t skateboard or can’t do anything else without proper padding and proper safety procedures and all that.  You know what the worst part about all this is, Rich?  We have people that are obsessed over these safety issues, yet the number one thing I would say is a safety risk for children in the United States has to be obesity.  You can’t swing a dead cat in a mall without hitting a morbidly obese person.  You can’t go to a sporting event and swing a dead cat without whacking some morbidly obese person upside the head.  Am I the only one that’s just beginning to notice this and is just being creeped out about it and wondering how in the world we got so corpulent?  Do you notice this, Rich?

Caller Rich:  The government caters to all that.  Don’t worry, you’re a victim.

Mike:  I don’t even know it’s the government so much that we have accepted a food supply that is not really a food supply.  It doesn’t tend to our survival.  It tends to our excess, with all the sugars and all the garbage that’s out there.  It’s difficult even if you want to try and eat “healthy.”  Actually trying to eat healthy is probably just trying to eat like someone that would have been around for all of time recorded up until the 1980s or so until the government started inventing food pyramids and what have you.  For example, Andrew, every morning, do you still have the kale shake every day?

AG:  I try to when I’m not up till midnight watching the Redskins lose.

Mike:  You have to prepare it, right?

AG:  I have to be of the right mind.  This morning was simply an energy drink to get up and at ‘em.

Mike:  Most days he would be on a kale shake.  Most days what I try to do now is load up on fruit.  This is really hard.  I’m sure you go through this because you shop for sugar-free things, as do I.  You can’t even buy a bar made by the Quaker Oats Company now that is not loaded up with 15 grams of sugar or so.  Imagine this for just a moment.  Imagine if I handed you a measuring cup that had 15 grams of sugar in it.  I haven’t even given you what’s in a soft drink, what’s in a Coca-Cola.  Just imagine I handed you one that had 28 grams, which is an ounce, of white sugar in it.  Would you eat it?

AG:  I know it would taste so good.  I would love to just shovel in a bowl of Lucky Charms every single morning.  That would be awesome.  Just give me some Cinnamon Toast Crunch right before the show starts and I’m wired for the next three hours.  I just know I can’t.

Mike:  Just to make the comparison, if somebody gave you the sugar that’s in most of the stuff that we feed our kids and we eat ourselves, you wouldn’t eat it.  You might eat it one time, but when you got to the second one later on in the day: Oh, man, I don’t want to have to eat another freaking quarter cup of white sugar.  That’s what it is.  That’s what it is!  Read the labels on these things.  The only bar that comes close now, and this just goes to show you how our palates have also been altered, the only bar that comes close to the sugar threshold is a Clif Bar.  The Clif Bars are the only ones that are low enough in sugar to where they don’t taste good.  You know they must be really good for you because they don’t taste very good.  It’s a struggle.  You have to go out of your way to make these choices.  Do most people bother?  No, they don’t bother.  The evidence that they don’t bother is all around us when we see the corpulence of our fellow citizens. 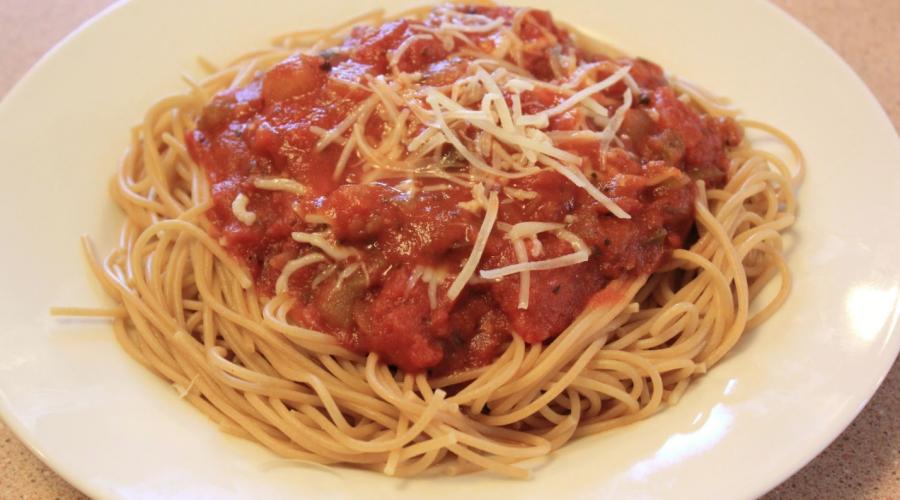