Add this item to My Wishlist
If you purchase this item you'll earn... 49
Compare 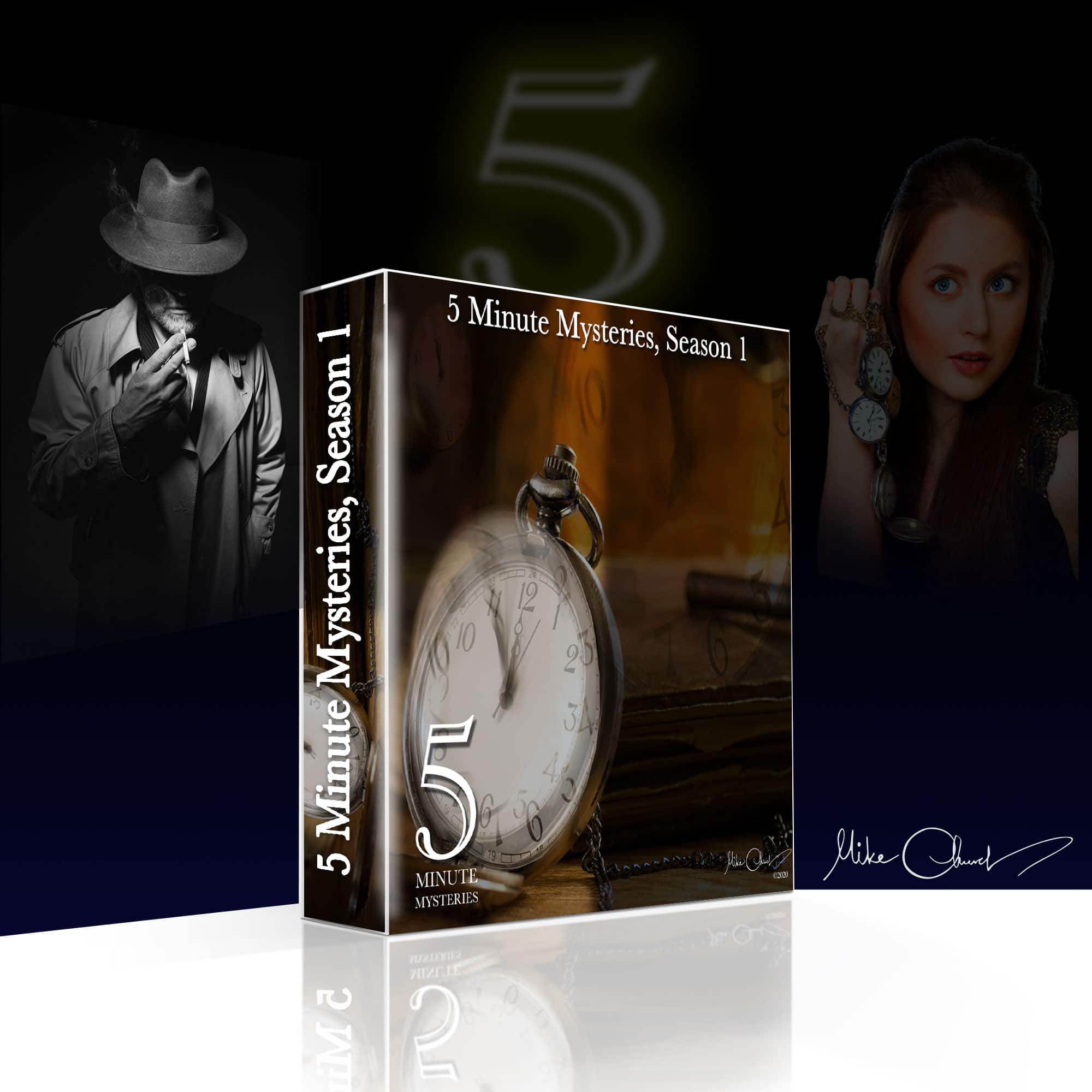 Says the book of Ecclesiastes and that is doubly true when it comes to entertainment media especially radio; until now. The CRUSADE Channel Radio Station is proud to announce an actual innovation in radio: 5 Minute Mysteries, a radio serial that, each week, will present a different, original, mystery drama, written and voiced by acclaimed British novelist Fiorella de Maria and presented by the mysterious voice of Michael Augustine – Mike Church.

The big twist with 5 Minute Mysteries is: You, the listener, get to solve the mysteries because the solutions are not provided; it is up to you to listen for the clues and then provide the solution to each enigma and whodunnit.

Season 1 was a runaway hit and only 1 of the 12 5 Minute Mysteries was solved! Are you up to the task!?

07 November – Episode III –  The Enigma of The Vanishing Tour Guide

21 November – Episode V – Late, For Her Own Murder

12 December – Episode VII, Part I (cliffhanger!) Part 2 – Julia Barrigan & The Enigma Of The Christmas Dress That Made time Stand Still!

19 December –  Episode VIII, Part I (cliffhanger) Part 2 – The Unlikely Time Travel Murders! PLUS! The Clues Have It – Clues To Solve Our Mysteries!

The Crusade Channel, a place those who accept the REALITY that Truth is higher than opinion and are willing to speak it with clarity, courage and charity.  We intend to seek the Truth, every broadcast hour of every day and bring it to you as best as we are able in this fallen world.

Did you know that the Mike Church Show studios in Mandeville, LA, broadcast both the Mike Church Show on Sirius/XM and Founders TV? Did you know that these studios are independent and responsible for their own expenses & maintenance? You can support Mike Church in his never-ending efforts to bring you the best media covering history, the Constitution, issues of Faith and Morality and continuing education. Enter the amount you wish to contribute in the first box below and your comments (if any) in the second box.