Nearly a decade ago, I was living in a warehouse apartment in a rough Philadelphia neighborhood called Fishtown. One morning my roommate got some bad news: a childhood friend from Hazleton, a former mining town about two hours north of Philly, had died from a drug overdose. But it wasn’t heroin. It was fentanyl, a powerful synthetic painkiller that’s now at the center of a growing national opioid crisis.

Mike:  By the way, who is it that hooked people on these opiates?  The American pharmaceutical industry.  For what reason?  Because you bought stock in pharmaceutical companies.  You bought the stock, so did tens of millions of others.  The drug companies went: Hey, we’ve got this FDA thing.  We can close the market to anyone that doesn’t do business with them (and very few can because it’s expensive and that’s why we have the regulations).  Let’s make these drugs.  How do they advertise the drugs?  How do they get the drugs into the hands of people?  You want to talk about a crooked chain of command.  We buy ads on television, on blogs, on radio.

Someone should take some of these ads that are running today and just string together the disclaimers at the end.  [mocking] “May cause suicide of three-legged dogs.  May cause you to think you’re a purple-headed man with strange tendencies towards being a green-headed man.  May cause rectal bleeding.  If rectal bleeding persists more than three days, consult your doctor or pharmacist.”  What’s the difference between this stuff and what they give to Brittany Maynard out there in Washington State for people to kill themselves?

I don’t know what this fentanyl is or whatever it’s called, but I do know there is a robust pharmaceutical industry out there that is making this stuff.  Many, many people are taking it.  We all have ailments.  David Simpson did a show yesterday on the True Money Show.  This is a really great episode.  Go listen to this episode.  He had John Sharpe on of the IHS Press.  I’ve had John on a couple times, and I’m going to have John on next week sometime.  David asked the question: Mr. Sharpe, is it no longer okay for Americans to suffer?  The response that David got from Sharpe was: No, David, it’s not.

We’ve immunized ourselves from any form of suffering.  If you don’t like your wife or husband, what do you do?  Go find Arnie Becker from the TV show LA Law and get a divorce.  When the next one comes along, you don’t like him, you don’t her, get another one.  Let’s have a party.  Number five.  Whew!  If you have an itchy leg, you’ve got restless leg syndrome.  See our pharmaceutical buddies.  Ew, what is that on your toenails?  It’s a fungus.  We’ve got a drug for that, too.  There’s no suffering that’s allowed if you’re an American.  We’re not allowed to suffer – aged men are no longer allowed to suffer the inability to be stimulated any longer.  We have a litany of drugs to deal with that.  Do you think all of these drugs are really necessary in this overly-medicated society, or are they only necessary to continue the good fortunes, nay, the obscene, opulent fortunes of the drug makers and those that own the stock, probably some of you listening right now?

My roommate’s friend, a man in his early thirties, had overdosed by putting medical fentanyl patches all over his body. He was going to be buried that weekend in Hazleton, a place long ravaged by cheap heroin and opioids, and my roommate told me he was going to make the drive up from Philly for the funeral. He shook his head and said, “I’m glad I got out of that place.”

I knew something about Hazleton because I’d recently been living in nearby Wilkes-Barre, another hard-luck former coal town in northeast Pennsylvania, where I’d been a night reporter. That meant covering a lot of crime stories, and a lot of drug overdoses. The first time I heard about fentanyl was when the Wilkes-Barre police found a young man dead in a parking garage downtown in the middle of a weekday afternoon. He’d taken heroin laced with fentanyl, which a detective told me was making its way across the Rust Belt. That was in 2006.

Mike:  By the way, how many of you found great entertainment in watching the television show Breaking Bad?  The guy won Emmy award after Emmy award.  People loved Breaking Bad.  What was the guy doing?  He was making the world’s greatest methamphetamine.  Why?  Why make amphetamine?  Because people need it.  His wife was suffering cancer.  He had to find a way to pay for the chemo.  There was no other way other than to make meth?  Again, why is the chemo so expensive?  I don’t know, because it’s sold for profit.  Let’s go back to King Louis IX.  In which kingdom – do you think in a kingdom that was led by example by King Louis IX – I gave you a great example of just one of a very – he lived a very long life, by the way.  By the way, he died of typhoid, not in France, in the Middle East.  [mocking] “Mitter Church, what was he doing in the Middle East?  Was he fighting ISIS?”  As a matter of fact, he was.  He died of typhoid in the Eighth Crusade.

Since then, things have gotten worse in the Hazletons and Wilkes-Barres of America—much worse. Anecdotal evidence abounds.

Mike:  Then he gives all these stories about how horrible things are out there, about how many people are hooked on this drug and that pharmaceutical, how many people are going to go take this and take that.  There’s all these fancy schmancy formulas out there today.  Oh, I’m on a gluten-free diet now.  What is gluten?  By the way, how did gluten become public enemy number one?  I think I’m going to start a counter business.  I’m going to start right out there in the lobby a gluten-plus bar.  We’re going to add gluten to things.

Over the weekend, The Washington Post published the latest installment in a series about the rising death rate among white Americans. In McCreary County, Kentucky, the last fifteen years have brought a “75 percent increase in the mortality rate for white women between the ages of 35 and 59, one of the highest in the nation,” according to the paper. The story of death in this rural county, which is 91 percent white, is fraught with drugs, suicide, violence, and broken families:

Those deaths have all been charted by Debbie Murphy, the owner of two of the county’s three funeral homes, where she employs [Dan] Ridener as her undertaker. She maintains spreadsheets that enumerate every burial in McCreary County, and, like Ridener, knows most of the people, too.

‘She killed herself,’ she said to Ridener one morning, scanning the lists.

She pointed to another name. ‘She drank herself to death.’

She pointed to two more names. ‘Jerry and Amanda.’

‘He actually shot her,’ Ridener said. ‘And then shot and killed himself.’

‘And they were in the same casket together,’ Murphy said.

‘And they’re my cousins,’ Ridener added.

‘That was drugs,’ he said of another, as Murphy nodded.

‘Drug use,’ he said of another.

It’s a disturbing snapshot of what’s happening in rural and working-class white communities across the country.

Mike:  You might have noticed, folks, that white people are basically killing themselves.  We’re doing this by abortion.  We’re doing this by contraception.  We’re doing this by actually killing ourselves.  People are taking their lives.  Suicide rates are up.  What’s going on here?  Because the residual grace that was keeping some of this stuff in check is on the wane.  Do you know why?  Because government and business and media have colluded together to form this thing called American culture and it is a culture of death.  Congratulations, ‘Muricah.  You live in a culture of death created by you for you.  [mocking] “I didn’t have any hand in it.”  Oh yes, you did, redneck.  Showing up to go shopping in the middle of the day in broad daylight looking like you just crawled out of the worst Deliverance movie ever – hell, the guys that were in Deliverance at least had clothes on.  What’s your excuse?  Making media celebrities out of Honey Boo Boo, making media celebrities out of the tawdry, the vile.  Is Katie Ledecky a media celebrity?  No.

All these anecdotes are adding up to something sinister: entire communities of white working-class Americans are in crisis—and not just in rural Kentucky. The situation has gotten so bad, and is so widespread, that researchers last year were able to measure an increase in mortality rates among white middle-aged men and women, beginning in 1999.

For decades, mortality rates had been falling not just for whites but also for blacks and Hispanics. For the past 15 years, that trend has held for minority groups. But it hasn’t for lower-income whites, who are not only dying younger but increasingly report physical pain and psychological distress, as well as difficulty socializing, working, and coping with everyday life.

Mike:  I keep telling you people this.  Over 50 percent of all children born to white Americans are born without marriage.  But go ahead and think it’s just an exception.  My daughter or my son are just an exception.  No, they’re not.  They’re now the rule.  Who’s going to stop that?  What government entity is going to stop that?  How did that come about?  I don’t know.  We might have to go 500 years back in time to figure that one out. 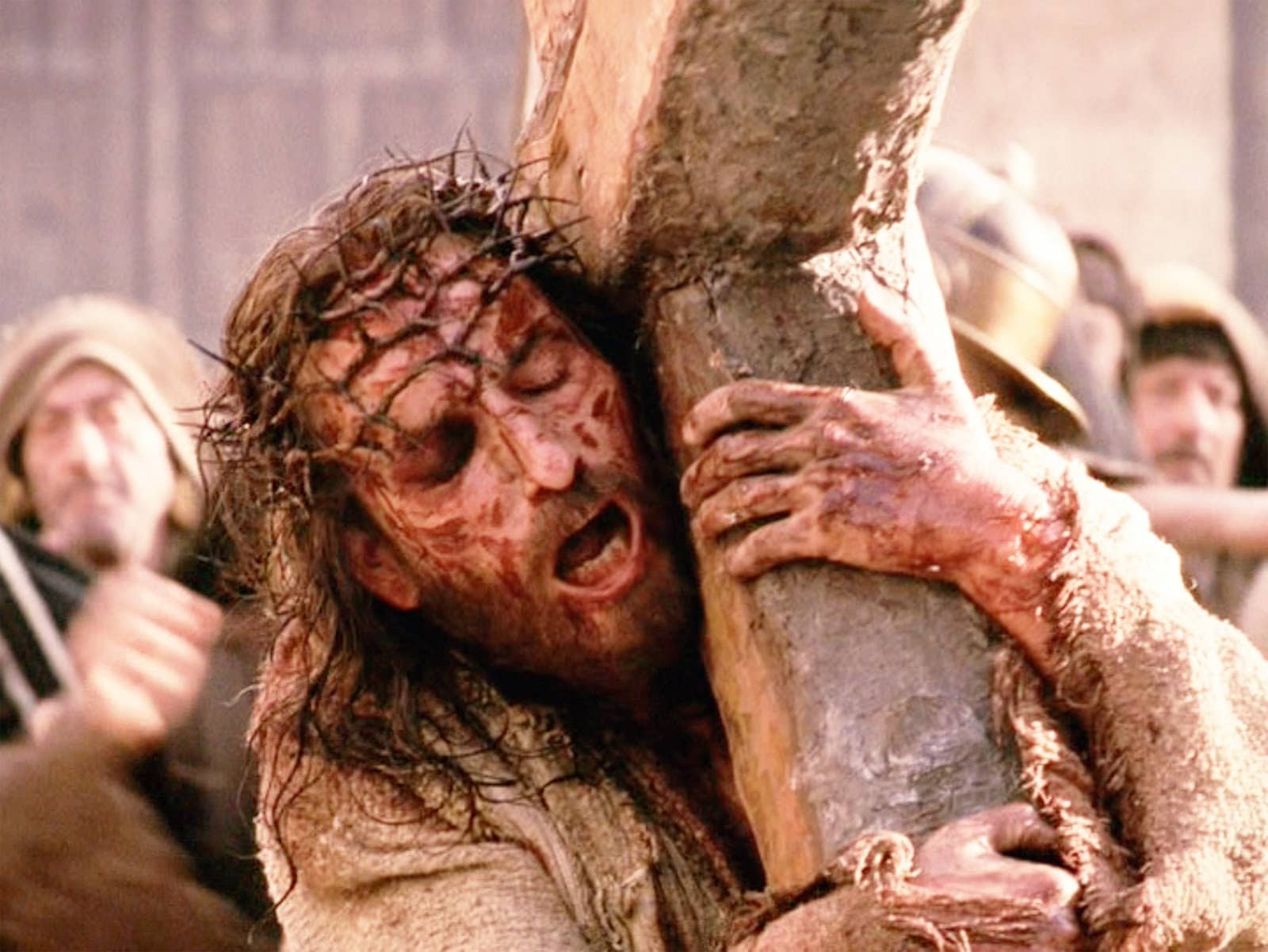 Wounded Beauty: Why God Allows Suffering, Even In Texas Churches