UPDATED FOR 2020!! Tune In To The Mike Church Show Today To Hear The Latest, UPDATED, War Movie Power Rankings from The KingDude!

Who doesn’t love watching a good war movie?! Not just to see the action scenes but to view the uncommon valor and integrity that many of our military heroes display. These are virtues that seem to be in short supply these days. Here is a list of my favorite War Movies, in a “Power Ranking” order, though I will tell you that I own only 3 of them and it’s theme song is by the Mike Curb Congregation. Can you guess which movie that is Dudes!? Now, here’s my first stab at ranking these films, the list is not exhaustive but it is robust and contains descriptions of some of the more notable things that are in these films! 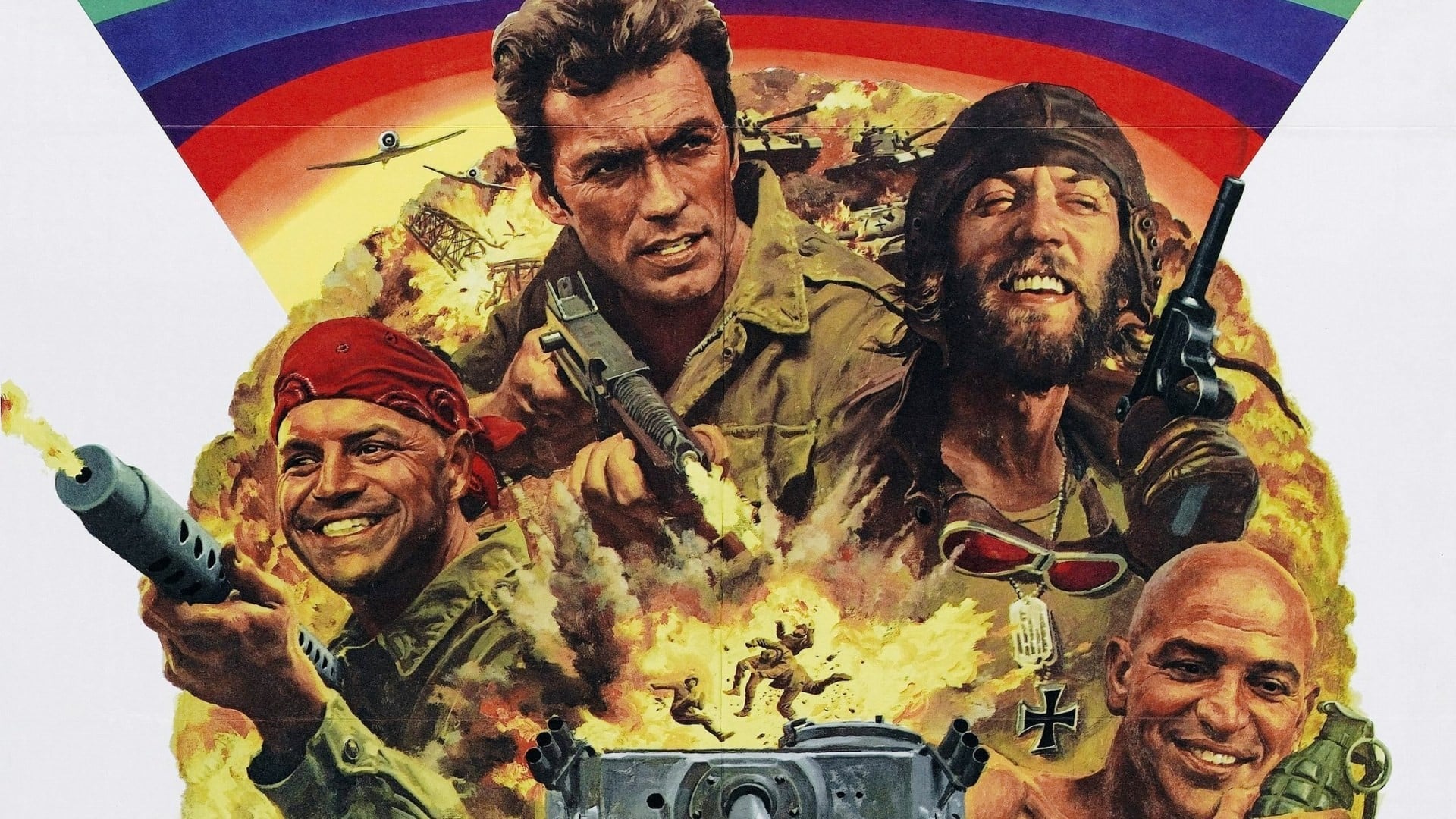 #1 1917 – This film is a milestone in artistry, storytelling and the horrible realities of modern warfare. The filmmakers should have been awarded for simply trying to make the film appear to be one, continuous shot but they actually pulled it off. The sets, costumes and sound effects contribute to an adequate story that leads the viewer through the great terrors of The Great War, namely: the trenches, the wanton slaughter outside those trenches and the emergence of mechanized killing machines.

# 2 Kelley’s Heroes – Ok, Ok, so this is not a serious war movie but yet it is a GREAT movie and one of my favorites of all time…period. Clint Eastwood leads a cast that was just tailor made to tell this story. How can you go wrong when Don Rickles is the CO of the PX?! This was one of Telly Savalas’ great screen roles and it is easy to see why so many loved him so much as Kojak, “who loves you baby?”.

#3 Gods and Generals – Stephen Lange gives the performance of his career as Thomas J. “Stonewall” Jackson in this epic telling of the start of the War of Northern Aggression. Watch for a Ted Turner cameo.

#4 We Were Soldiers – One of Mel Gibson’s finest roles as Colonel Hal Moore and Greg Kinnear as Major Bruce Crandall who was awarded the Medal of Honor in 2007, 40 years after his heroic service portrayed in the film.

#5 Hacksaw Ridge – Andrew Garfield plays a committed, 7th Day Adventist/pacifist Desmond Doss in Gibson’s comeback film that may be his best directorial effort yet. Vince Vaughan put on 40 pounds to play the role of a gunny that few, myself included, ever knew he had the range to pull off so well. This film is emotional, scary, angering, sorrowful, name the emotion, you’ll experience them all in a nearly 3 hour long tale of heroism beyond the call of duty, love and most importantly, God’s grace.

#6 The Great Escape – Which manly man, red white & blue bleeding American can ever forget Steve McQueen jumping that old Husquvarna motorcycle over the hedgerow fence trying to escape the Germans!? There are too many great moments to list here. 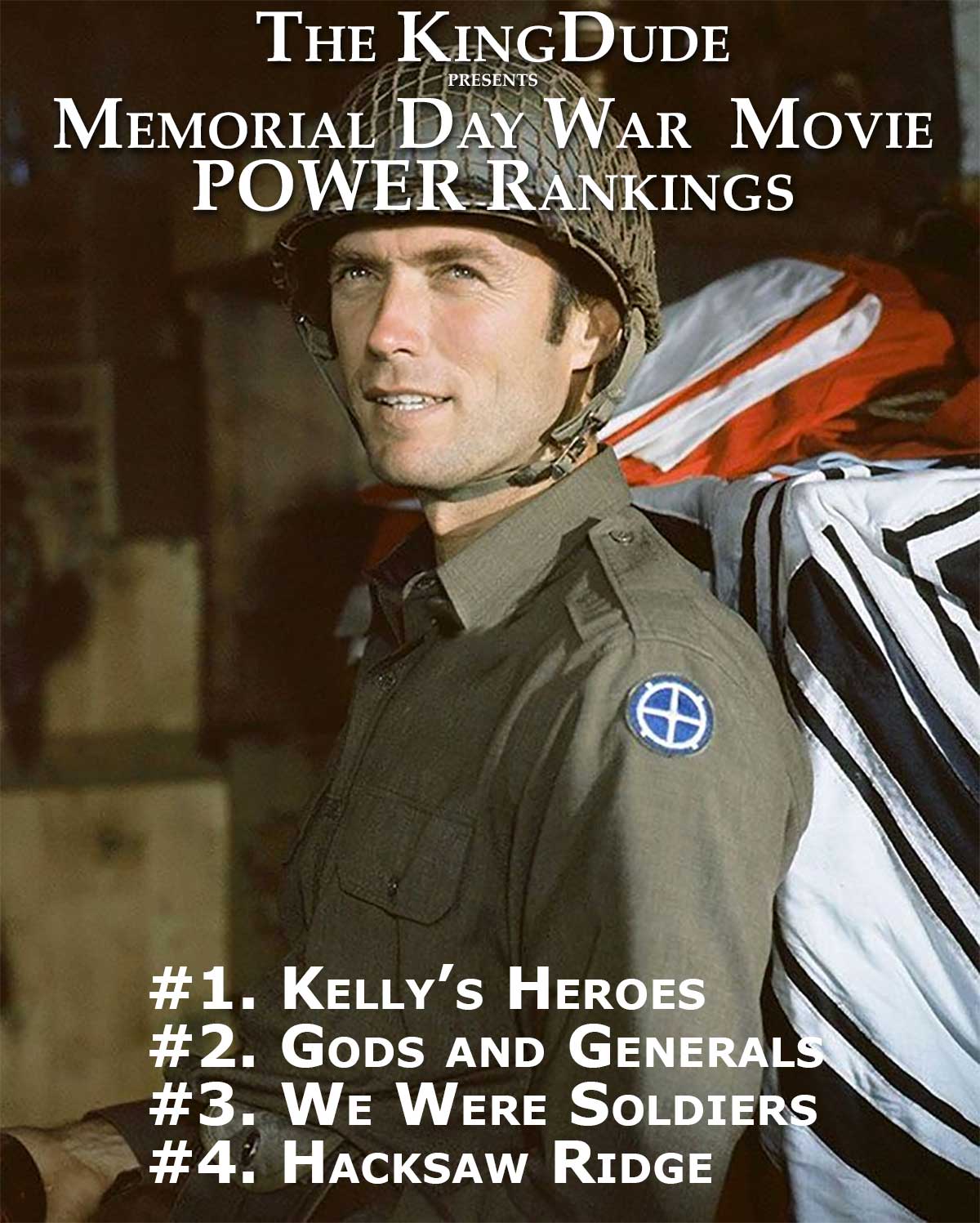 #7 The Pacific – “War is hell” and this point is driven home by Tom Hanks and Steven Spielberg’s gritty, 10 part opus that shows the Hades on Earth the Pacific theater was for the “greatest generation”. John Bolton should be tied to a chair, eyelids propped open and forced to watch this series until he resigns his NSA position and checks into neocon rehab.

# 8 The Crossing – Jeff Daniels stars as George Washington in an excellent and historically accurate portrayal of the turning point of All American History: When Washington crossed the Delaware River on Christmas Eve 1776.

# 9 Force Ten from Navarone – Harrison Ford in an early role shows why he was such an easy pick for Han Solo and Indiana Jones. Also starring one of my favorite actors: Robert Shaw (Quint from “Jaws”).

# 10 Stalag 17 – This film won Oscars and served as the basis for the TV show “Hogan’s Heroes”. This is classic film making, low budget yet the great script writing and great acting more than compensate for the lack of CGI and Spielberg close-ups.

# Guns of Navarone – This is an epic in length and an epic in action as well. David Niven sets the bar for every English Officer that has been played as a WWII hero since. Tony Quinn is superb as is Gregory Peck. You will also notice the appearance of “Book ‘em Danno” from Hawaii Five-0.

# The Dirty Dozen – Lee Marvin just looked like and acted like you would expect Major Reisman to look. This movie was groundbreaking in crafting the idea that bad boys could be reformed and turned into good boys. This, at a time when Americans still believed their heroes in uniform were just that and when tales of moral virtue and triumph were still accepted without the damnation that must accompany moral triumph today.

# Galipoli – Since I haven’t seen this film in 30 years I can’t rank it but as Kevin Gutzman points out in reviewing the new Tolkein film, Galipoli may be the best “band of brothers” wartime tale, long before Ron Howard’s HBO series.