Somewhere in Trumpania – © 2016 By ILANA Mercer

In a new book, “The Trump Revolution: The Donald’s Creative Destruction Deconstructed,” I argue that Donald J. Trump is the quintessential post-constitutional candidate.

Do Americans get a benevolent authoritarian to undo the legacies of Barack Obama, George W. Bush and those who went before?

In the “Opening Statement,” titled “Welcome To The Post-Constitutional Jungle,” oldies will recognize a nod to the Guns N’ Roses classic, “Welcome to the Jungle,” as well as to broadcaster Mark Levin’s coinage. We inhabit what Levin has termed a post-constitutional America. The libertarian (and classical conservative) ideal—where the chains that tether us to an increasingly tyrannical national government are loosened and power is devolved once again to the smaller units of society—is a long way away.

Where the law of the jungle prevails, the options are limited: Do Americans get a benevolent authoritarian to undo the legacies of Barack Obama, George W. Bush and those who went before? Or, does the ill-defined entity called The People continue to submit to Demopublican diktats, past and present?

The quintessential post-constitutional candidate, Trump’s candidacy is for the age when the Constitution itself is unconstitutional. Like it or not, the original Constitution is a dead letter, having suffered decades of legislative, executive and judicial usurpation. The natural- and common law traditions, once loadstars for lawmakers, have been buried under the rubble of legislation and statute. However much one shovels the muck of lawmaking aside, natural justice and the Founders’ original intent remain buried too deep to exhume. The Constitution has become just another thing on the list of items presidential candidates check when they con constituents.

The dissembling words of many a Republican presidential candidate notwithstanding—for most promise constitutionalism—a liberty-lover’s best hope is to see the legacy of the dictator who went before overturned for a period of time. The toss-up in the 2016 election is therefore between submitting to the Democrats’ war on whites, the wealthy and Wal-Mart, or being bedeviled by mainstream Republicans’ wars on the world: Russia, China, Assad and The Ayatollahs.

Or, suffering all the depredations listed and more if Candidate Clinton is victorious.

Thus the endorsement over the pages of “The Trump Revolution” is not necessarily for the policies of Trump, but for The Process of Trump.

Until such time when the individual is king again, and a decentralized Constitution that guarantees regional and individual autonomy has been restored—this process of creative destruction begun by Donald Trump is likely the best Americans can hope for. Put differently, in this age of unconstitutional government—Democratic and Republican—the best liberty lovers can look to is action and counteraction, force and counterforce in the service of liberty.

And a force of nature Mr. Trump has most certainly proven to be. You name it; Trump has tossed and gored it. The well-oiled elements that sustain and make the American political system cohere are suddenly in Brownian motion, oscillating like never before. An entrenched punditocracy, a self-anointed, meritless intelligentsia (which is not very intelligent and draws its financial sustenance from the political spoils system), oleaginous politicians, slick media, big money: They’ve all worked in tandem to advance a grand government—national and transnational—that aggrandizes its constituent elements, while diminishing those it’s supposed to serve. These political players have built the den of iniquity Trump is destroying.

Against these forces—RNC, NRO, NATO, a whole alphabet soup of acronyms that stand for statism—is Trump, acting as a political Samson that threatened to bring the house crashing down on its patrons. The hope expressed is that by drastically weakening The Machine’s moving parts—Trump might just help loosen the chains that bind each one of us to government.

Trump, the book argues, evinces the necessary moxie to blast away at an overweening political system. Who can deny that he has already done a laudable job of fumigating some serious snake pits? Undeterred, the Trump holy terror has even blasted the scold from Fort Vatican for living walled-off in Vatican City, while preaching to Americans that for their security needs, they must reject walls and “build bridges.” Pope Francis’ shopworn shibboleths, currently disgorged non-stop by candidate Clinton, are straight out of a Chinese, fortune-cookie wrapper. (Or a Deepak Chopra lecture.)

Understandably, The Donald has the political players rising on their hind legs in defense of their realm. And he has hitherto shattered the totems and taboos these players enforce. Debated as never before are vexations like immigration, Islam, and, yes, the legitimacy of the Republican National Committee.

Trump cannot be compared to a politician. While his Republican rivals were sponsored by super PAC puppet masters; Trump put-up and pledged to the American People a chunk of his life, his fortune and sacred honor. Other than his position statements over the years, Trump has no policy making past. In the nomenclature of law, one might say Trump’s record is clean. The candidate has no political criminal record. (Come to think of it, El Chapo has a cleaner criminal record than the last two American presidents: He had fewer people killed.)

While “The Trump Revolution” deconstructs the evolution of the Political Trump, this book, at the same time, applauds The Donald’s destructive creativity. A masculine force at full tilt, Mr. Trump is creating new reality on the ground. The modest hope expressed in “The Trump Revolution” is that an utterly different political animal, Donald Trump, might actually do some good for the countrymen he genuinely seems to love. ILANA Mercer is the author of “The Trump Revolution: The Donald’s Creative Destruction Deconstructed” (June, 2016), and “Into The Cannibal’s Pot: Lessons for America From Post-Apartheid South Africa” (2011). She has been writing an acclaimed, weekly, paleolibertarian column—begun in Canada—since 1999. Ilana’s online homes are www.IlanaMercer.com & www.BarelyABlog.com. Follow her on https://twitter.com/IlanaMercer. 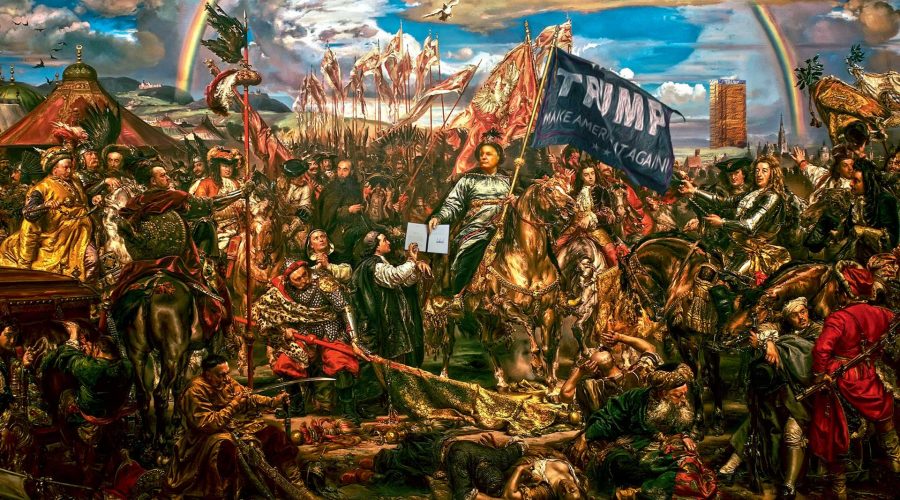