Mandeville, LA – Mike Church‘s daily Pile of Prep, Welcome to mikechurchcom’s Pile of Prep, all the materials used to prepare the Mike Church show. John McCain’s political record is indefensible BUT that doesn’t make his Purple Heart and POW saga reproachable because ethics and morality say that is sinfully wrong and no one should be cheering it that feigns a claim for a moral revival (which will precede the political one). “…the society thereof a political society; for those who think that the principles of a political, a regal, a family, and a herile government are the same are mistaken, while they suppose that each of these differ in the numbers to whom their power extends, but not in their constitution: so that with them a herile government is one composed of a very few, a domestic of more, a civil and a regal of still more, as if there was no difference between a large family and a small city, or that a regal government and a political one are the same, only that in the one a single person is continually at the head of public affairs; in the other, that each member of the state has in his turn a share in the government, and is at one time a magistrate, at another a private person, according to the rules of political science. But now this is not true, as will be evident to any one who will consider this question in the most approved method.” – Aristotle, Politics

Planned Parenthood wins popularity contest in Rasmussen poll proving what I have been trying to convince you of for  a few years now: ‘Muricah is a sick, lustful, pagan nation that has no concept of  a moral order much less the Christian one that precedes it. Nominalism, has won the day as “abortion” and “choice” have successfully replaced murder and slaughter as though they are as interchangeable as water and H2O.

Michael Lind pens a nice essay on the dangers of “preventive wars” but like 98% of writers in this day, cannot bring himself to the level of study, prayer and certitude that jus ad bellum (Just War Theory) would require but would also add the strength of moral clarity to these arguments and elevate the killing of men above the farcical Stratego board, thousands of lives are slaughtered on today.

Now comes WI Governor Scott Walker, fresh from signing off on making infanticide legal up to 139 days of life (the WI 20 week abortion “ban”) promising that it’s “very possible” that if elected, he will climb down from the John Deere and order an unprovoked military strike against Iran to “prevent their acquiring a nuclear weapon”. THIS is how you campaign to lead your party then become President? The Iranians just concluded a nearly year long, peaceful negotiation with our State Department that produced the agreement limiting their use of nuclear materials and this is greeted by GOP hawks as a call to war!? Folks this is the prelude to elevating a neo-Jacobin regime of quasi Christians -kinda like the Germans in 1931 or the French in 1791 – into power and history says we are not going to like the results. Heaven help us….

“Benedict Option” talk now moves into the “OK, let’s say I go along with hair-brained scheme, WHERE will my darlings get a ‘world class education’ so they can compete to get into the best universities and then compete for the best jobs!?” As Ryan Booth points out there’s little evidence that the current methods produce this parental fantasy and there’s even less that the fantasy IF achieved yields the results its benefactors say it does. I have twin daughters both entering college this fall. One is attending a smaller replica of LSU one attending LSU, the difference is about $8k a semester but the results nearly identical. I advise both to seek practical educations, vocation in The Church (yes, that means Catholic) and to make their hometown a better place for their kids by STAYING HERE and staying active, as Christians. I suppose this advice, once discovered would land me in a heap of ridicule as though I had asked them to forego all medical treatments and pick up snakes. But that’s the way this game is being played today so my response is “we’ve had almost a century of the ‘American Dream’, how about we try a century or two of the Apostolic Dream?”

Speaking of the Benedict Option and schooling, witness the soon to be, grand opening of  Sedes Sapientiæ School for Fall, 2015 classes, in New Jersey, an overtly Catholic school trying to revive classical education, beginning in NJ of all places!

MBD II – Can Obama get a witness (no). The President becomes the FIRST U.S. President to visit a federal pen and he doesn’t like what he sees and demands reform. Of course the “conservative” noise machine can only mock and ridicule Obama in this because, well, he IS Obama and thus he cannot be correct . Baby Nathan photos show the definitive human form the monsters at Planned Parenthood are “crushing” so they can harvest baby body parts for sale at the Gurney-Kill Butcher Shop.

Mollie Hemingway continues her top notch reporting on Planned Parenthood’s Gurney-Kill Butcher Shop, doing the reporting that no one else will while exhorting journalists, if indeed such creatures still exist, to “do your jobs!”

Meanwhile, we are learning now that the Federal Government once employed the monstrous Dr Nucatola to provide “expert advice” on “healthy baby births”

The nominalists who promote the ridiculous “theory” of evolution, recoil in shock and horror when a Christian college asks an evolution preacher to not teach biology there any longer.

Presidential Pride & Picayunes – Donald Trump could benefit from a course of Philosophia Perennis and a focus on ethics which he appears to not have much stock of. It is one thing to publicly denounce John McCain’s unJust War lusts and the tens of thousands of Americans killed and wounded in them and quite another to assault the reality of McCain’s POW saga. This is yet another very LOUD example of the corrupt age we live in when Reality becomes a casualty of public discourse yet no one calls it what it is.

Today’s Guest: Fr. Marcel Guarnizo’s piece on the SCOTUS decision and the arguments put forward by “our side” which surrendered the moral defense of sacramental marriage to the abstract delusion of “a fundamental liberty interest”, whatever that is.

Recall that Fr. Cuarzino was embroiled in a controversy in 2012 because he PROPERLY refused to give communion to an announced lesbian, living in sin with her “lover”. Fr. Guarzino’s defense of his actions are precisely the kind of moral courage when one is defending what is Right & Just in the Magisterium as was discussed today re: Donald Trump

Daniel McCarthy confirms what I have been telling you for six months now and that is that Jebediah Bush is going to “annihilate the competition” in the GOP “race” for Presidential nominee credentials.

WooHoo, now women in WI can only murder their children if they are 139 days old! I suppose any progress is laudable but in reality this is just as heinous a legislative act because it permits the atrocity to continue. This is the kind of moral cop-out that has allowed the culture of death to rule the hearts and minds of Americans.

MBD: There is nothing to be admired or promoted about Planned Parenthood’s ghastly murder of children then sale of their body parts, despite what liberals and culture of death proponents sadly argue. Only a sick and morally bankrupt civilization can justify such monsters.

Christopher Dawson was one of the most accomplished thinkers and writers of the late twentieth century, Brad Birzer explores the question of what drove Dawson to also become a very public, Catholic and Catholic Apologist?

Why are some priests DEFENDING Planned Parenthood and the obscene sale of body parts via their Gurney-Kill Butcher Shop? Maybe they shouldn’t be priests?

Imaginative Conservative: Most adults would probably agree with the statement that “I do NOT believe in fairy tales”. I might ask the question “why not”? The fairy tale of boys crying wolf is meant to chastise us against telling lies, isn’t it? The Myth of Icarus is meant to guard against the practicing the deadly sin of Pride isn’t it? No one in the modern age knew this and wrote of it like Chesterton and he inspired the century’s greatest myth-like works “Lord of the Rings” and the Lion and the Wardrobe” as Joseph Pearce reminds us today.

If you watch ONE VIDEO today, watch this one featuring a teary eyed and forceful Senator Lankford from OK, rail against the Planned Parenthood’s Gurney-Kill Butcher Shop

We must have zero tolerance for any vestiges of slavery including any symbol anyone ever used to promote it like flags and monuments cars with flags painted on their roofs. But it is perfectly fine for some of the same agitators to use their legislative influence to PROMOTE slavery, so long as it’s not in ‘Muricah, where the aggrieved can vote and finance campaigns, say in Malaysia.

Chris Ferrara mentioned this on the show this morning, the Lake Garda Statement that he signed while in the paradise of Italy. The statement reflects the growing frustration many feel over the state of our affairs. What I find striking about all this that our affairs in politics have given way to our affairs in the realm of the supernatural that informs our politics.

Has the pre-ordained and implemented scheme our Federal Overlords and elite-ruling-masters devised for us actually STUNTED  the opportunities women might have had outside the rat-race they’ve been forced into? Gracie Olmstead thinks so and I bet Chesterton would agree.

Finally, someone other than me – Aaron D Wolf – makes the not-so-painfully obvious observation via the Planned Parenthood, Gurney-Kill Butcher Shop that we are walking among monsters who pass for human beings

Paul Pillar: The vacuous rhetoric of those promoting the “Iranian [Obama] deal is so bad, no deal would have been better” should be made to explain how their  deal would have faired against the prospect that the Iranians are now subjected to inspections and regulations these war-hawks have been whining for all these years

0Shares
Pile of Prep
Previous PostChange The World By Being ChristianNext PostHey CNN: Why Is Trafficking in Kids For Sex Wrong But OK To Supply Body Parts? 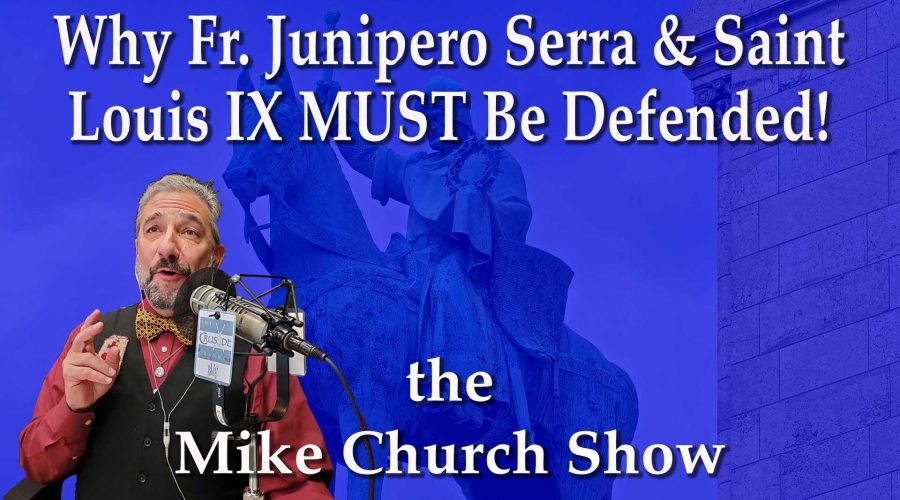 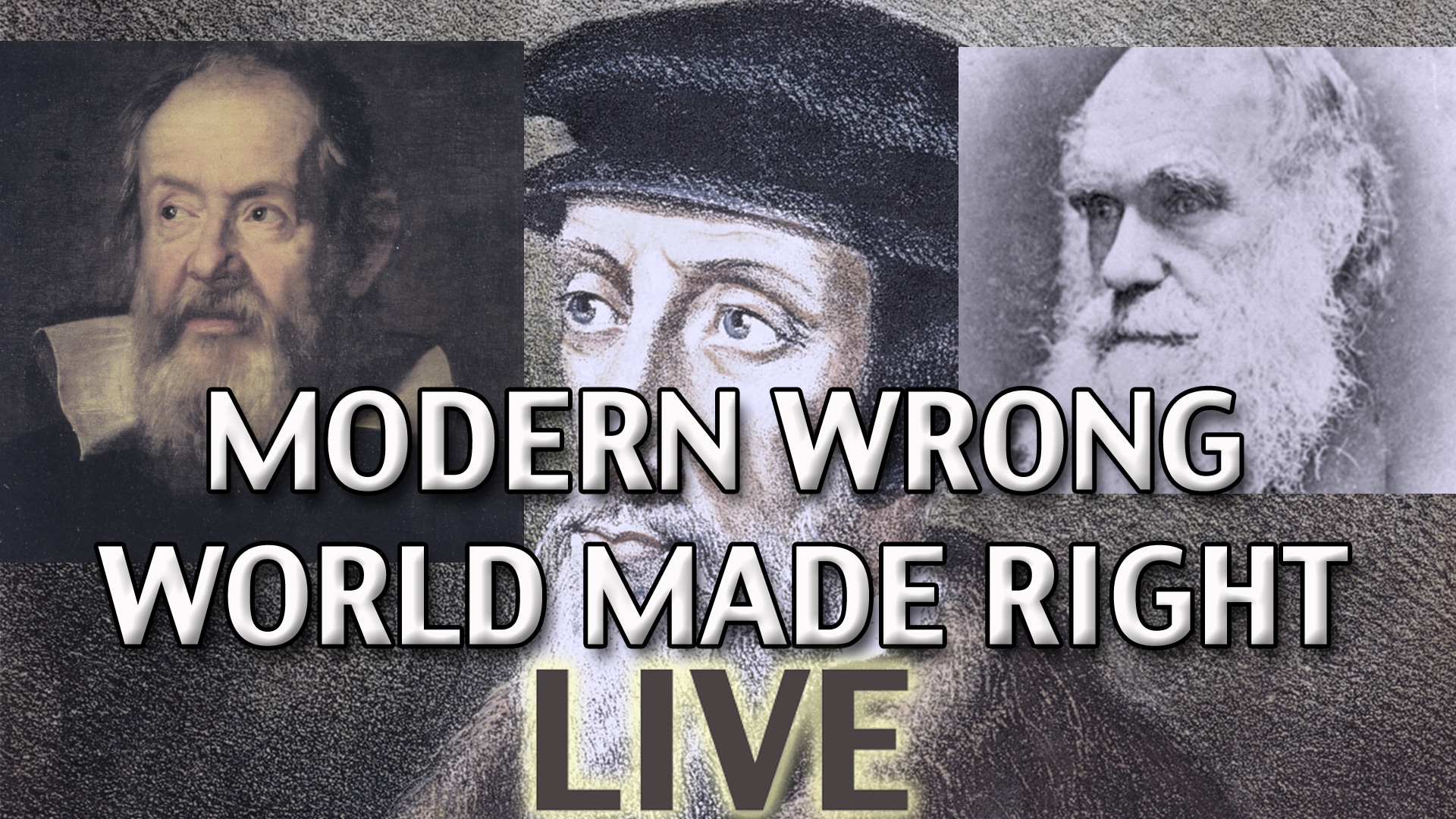 Monday Prep – The Modernists Strike Back… At Taylor Marshall