Mandeville, LA – Mike Church’s daily Pile of Prep, chock full of the latest from Paul Gottfried, trying to define Right Wing. Read along with my historical viewpoint to help make sense of it all plus other [r]epublican stories used to perform the Mike Church Show on Sirius/XM Patriot channel 125.“In Comrade Mandela we had a brave and courageous soldier, patriot and internationalist who, to borrow from Che Guevara, was a true revolutionary guided by great feelings of love for his people, an outstanding feature of all genuine people’s revolutionaries. To us as South African communists, Comrade Mandela shall forever symbolise the monumental contribution of the SACP in our liberation struggle.” – Statement from the South African Workers Party (communists)

Today’s Guest Anthony Gregory: 72 years of infamy, the annual commemoration of the attack on Pearl Harbor reminds us of our non-interventionist past

Jack Kerwick and Ilana Mercer seem to be the only two souls in the Northern hemisphere who refuse to carry the water for Mandela without acknowledging not only his old, violent past, but his recent association with African communists and indeed membership in their party

PA Congressman wants to know how the IRS plans to force Volunteer Fire Departments to abide the individual mandate under ObamaCare and then “provide” benefits to “volunteers”? ” “First, are volunteer firefighters considered employees and therefore subject to the employer mandate under Obamacare?  And second, how should volunteer time be counted to see if they’re working 30 hours?” – Lou Barletta, PA Rep Paul Ryan & Senator Patty Murray unveil increased spending, taxes (airline “fees”) and insults to military retirees (their pensions are cut) in $85 BILLION spending gap measure cheered by DeceptiCONS & Libs alike and includes an INCREASE in military spending so we can elevate our 43% share of the universe’s military spending back toward 5o%!

Speaking of the U.S. Constitution, can someone help me find the clause that grants appropriation power to the Vice President, or the President for that matter? VP Biden said he was writing a $100 MILLION check for the treatment of “mental health”, this is to try and prevent future Sandy Hook shootings. The implication is the national tyranny can actually improve the insane’s mental condition!? How about $100 million to cure Viagara addiction or maybe $100 million to cure the psychopathic career criminals at the NSA

You know that bailout I keep talking about that’s going top burst the bubble of never-ending debt spending? The DeutscheBank now thinks that is exactly what’s going to occur

After the embarrassing revelations that teens are snapping “selfies” at their loved ones funerals, our Dear Leader decided to give the ultimate act of dubiousness a go, taking a “selfie” with other funeral attendees who seem to be having way too much fun for a “memorial service”

If there was any doubt left that the intelligence on the Syrian government’s use of nerve gas, was cheer picked to justify the war John Kerry & John McCain wanted, this will settle the question once and for all – Syrian “rebels”, Obama, McCain, Graham and Rubio’s new buddies, not only had sarin gas but they made sarin

Article V Amendment Convention talk is picking up proverbial steam, now being promoted on the pages of town hall.com and Prof. Kevin Gutzman and Yours Truly are mentioned alongside Mark Levin whom the author apparently thinks has always been a promoter of Article V conventions (he hasn’t-see here)

Gentleman’s Tip of The Day: How to take care of a hat. No, we don’t mean baseball CAPS we’re talking classic fedoras and other classy “toppers”

From Monday’s Mike Church Show: Why is it a “socialistic takeover” of 1/5 of the economy when Pelosi/Obama/Reid et al pass ObamaCare with an individual mandate but it’s “free market reforms” when GOP’s Tom Price does it with a nearly identical mandate?

Brad Birzer: Conservatism is not about group think, plastic hairdos, broadcast fakes or most of all,m conformity

The radically autonomous may never be fit for the type of agrarian life that running a farm entails despite the “cool” factor of “organic farming” preached in many avant grade food rags. Farming requires a family, a large family and if its one thing Millennials do not want, its large families suckling their 80 inch 4d TV access away 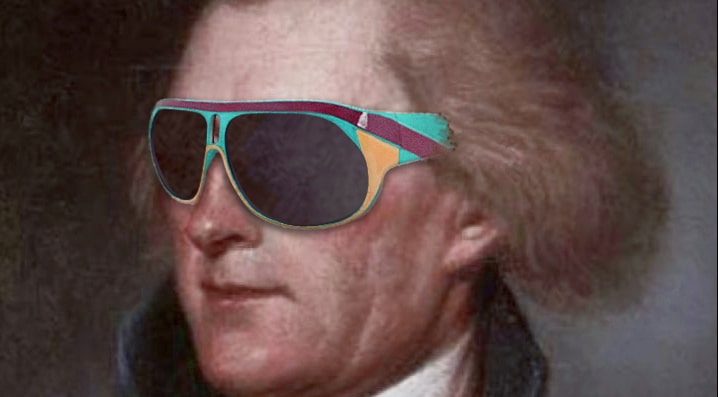