Mandeville, LA – The Story of Saint Peter Claver, Apostle of The Slaves. Article by Mike Church ©2018

As a youth he demonstrated a holiness that inspired all who came to know him. His parents resigned to raise the funds to send him to school and secured a position for him at the Jesuit monastery in Tarragon; Peter was just 15. The monastery’s porter was named Alphonse Rodriguez; we know him today as Saint Alphonse Rodriguez.

One day as he was in prayer, Alphonse Rodriguez — porter of the school of the Society of Jesus on the Spanish island of Palma de Mallorca already famous for his holiness, was taken to Heaven in spirit. There he saw, arranged in a circle, many thrones of glory occupied by saints dressed in bright royal robes. In their midst was a higher, still empty throne. As he tried to understand the meaning of this vision, the holy lay brother heard a voice telling him that throne had been prepared for Peter Claver as a reward for the many souls he should win for God in America.

After being ordained a priest Peter asked to be sent to the Americas as a missionary and was sent to Cartagena de Indias, in present-day Colombia. It was here that Claver discovered God’s calling to baptize and care for the negroes who arrived their to be sold as slaves. The slave trade flourished despite Pope Paul III and Pope Urban VIII and Pius IX’s condemnation of it as “supreme villainy”.

Peter Claver baptized over 300,000 slaves in his 40 years of priesthood and worked many miracles including even raising people from death so they could save their souls.

One day he arrives at a house where a black woman had just died without baptism. The saint kneels beside her and begins to pray, addressing his tears to Heaven to make himself heard. Suddenly the woman comes back to life long enough to show her willingness to receive the baptism and dies again after being purified by that sacrament.

Claver saw the slaves as fellow Christians, encouraging others to do so as well but he also cared for the fallen from Grace Spaniards who plowed the diabolical craft of the slave trade in Columbia. In the case of one slave trader who was convicted of a crime and sentenced to death, Saint Peter Claver visited the man in prison.

St. Peter found his way to the high-ranking Spaniard, and gave him a prayer book, encouraging him to pray from it every day. He did. Every day until his death, and before his execution he received Last Rites from the saint. When his family recovered his belongings, they were surprised to find a prayer book among this bon vivant’s possessions. Upon opening it, they found an inscription written in the hand of the deceased, “This book was owned by the happiest man in the world.”

Saint Peter Claver died on September 8, 1654 at 74 years of age. He was canonized by Pope Leo XIII, along with his beloved mentor, Saint Alphonse Rodriguez on January 15, 1888. Pope Leo declared him the worldwide patron of missionary work among black slaves. He is the patron Saint of the Catholic Diocese of Lake Charles, Louisiana.

Jeff Wallace – In God We Trusted 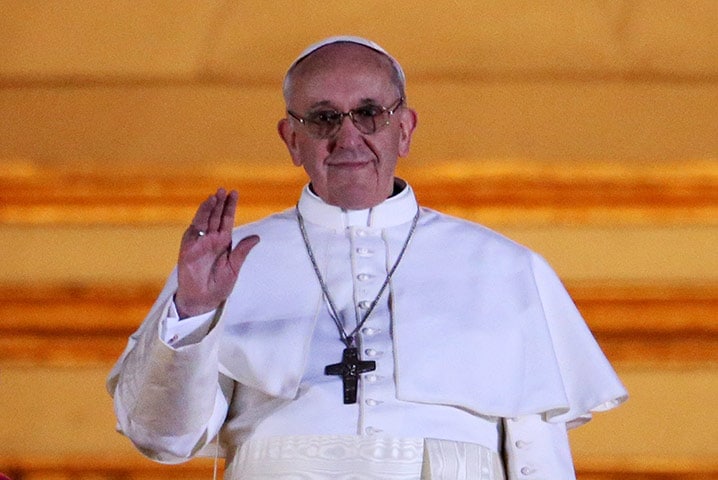