Mandeville, LA – Exclusive Transcript – “Some of you have demanded to know why did I not discuss the Hilary email situation?  Am I afraid?  Am I a closet Clintonista?  [mocking] “So now you and your leftwing buddies that you’re always siding with when it comes to war…” – I’d like to know where the left-wingers that I side with when it comes to war are.  I can’t find any honest libs anymore that are peaceniks.  Where are they?  Show them to me, besides Medea Benjamin and the nutjobs at Code Pinko.”  Check out today’s transcript for the rest….

Mike:  Some of you have demanded to know why did I not discuss the Hilary email situation?  Am I afraid?  Am I a closet Clintonista?  [mocking] “So now you and your leftwing buddies that you’re always siding with when it comes to war…” – I’d like to know where the left-wingers that I side with when it comes to war are.  I can’t find any honest libs anymore that are peaceniks.  Where are they?  Show them to me, besides Medea Benjamin and the nutjobs at Code Pinko.  Some of you demanded to know, [mocking] “Why didn’t you discuss Hillary?  You’re in on it again.  I knew it!”  Actually, I did mention something about Mrs. Clinton and her disingenuous little press conference the other day.  There were so many inconsistencies running through the story.  Folks, it would amount to a personal beat-up of the public figure that is Mrs. Clinton. Watching the delivery of her statement two days ago, the arrogant manner in which – it came across to me, let me put it that way.  I took it to be arrogant.  She may not have thought she was.  The way I perceived it was that it was delivered in arrogance, in conceit, almost in a manner – Mrs. Clinton was saying, reading between the lines, basically that she was flabbergasted that she even had to atone for these things because she is, after all, Mrs. Clinton.  Why should I even have to answer the questions of you peasants?  Why is the peasantry questioning my supremacy?  I’m Mrs. Clinton.  I’m the wife of the former president.  I will be the next president.  I’m the Secretary of State.  Who are you to question me?  You can almost hear the – it would have been better if she came out in a green suit from behind a curtain – no, it would have been better if her face had been projected up onto the curtain with a pair of pillars, one on either side, spouting flame up into the air, kind of like the Wizard of Oz.  Who dares to question the great and powerful Hillary?  Cowardly reporter, come forward.  I can almost hear the song.  As a matter of fact, here, just for effect [music playing – “If I Only Had A Brain,” Wizard of Oz].

Now that I’ve given you the visual, that’s pretty much what you, if you saw the press conference, that’s what you were watching.  And it was so inconsistent.  Wait a minute.  You only carried one phone around.  You should have carried two.  I’m listening to this and Mrs. Church is calling me on the other line, screaming at the top of her lungs: Can you believe the audacity!?  Mrs. Church is not a technobot, just like most people.  She has to have someone assist when it comes to the technical issues of programming smartphones and computers.  But she also knows that on her smartphone, she can have more than one email account.  In other words, she can check her MikeChurch.com mail.  She can check her Yahoo account.  She could check her Gmail.  She could check her Hotmail if she had one.  You can program any number of email accounts into one phone.  Just the proposition, [mocking] “I should have had two phones.”  You don’t need two phones.  This is the point.

The other point, [mocking] “I didn’t conduct any government business.”  Wait a minute, so you’re the Secretary of State, you only carry the one phone, you carried it so you could get your personal emails.  Let’s play the mother’s funeral card, so that you can get the information about your mother’s funeral.  But you didn’t have to do anything else.  There was no actual business that needed to be conducted.  It doesn’t pass the smell test.  Folks, we’re talking about the era in which no one cares whether or not you’re a liar and no one cares whether or not you’re corrupt.  You know how I view this?  I view this as the American sheeple and the American mind needing to know every now and then that we will at least pretend that morals matter, and that morals and ethics in our public actions matter.

We’ll have this great, big, giant hissy snickety fit.  People will pound on desks.  They’ll scream and holler.  They’ll write op-eds.  They’ll social media and this, that and the other all for what?  What will ultimately happen to Mrs. Clinton?  Absolutely nothing.  She’ll not serve a day in a jail.  She’ll not pay a nickel of a fine.  She will not be censured by anyone in Congress.  She’ll not be stripped of her lawyerly accolades, nothing.  Nothing is going to happen.  So what’s the point?  It is corruption for corruption’s sake now.  The real scandal of Hillary’s email sis that the Clintons seem to remain permanently mired in scandal, which, put into is proper context, means they operate as corrupt, in a corrupt system that infrequently tries to prove its worthiness by pretending to correct itself.  There will be no punishments, none.

David Harsanyi brings this up at TheFederalist.com, “The Hillary Scandals Aren’t About Personal Failings, They’re About Corruption – The Clintons don’t need psychoanalysis, they need lawyers.”  I’d say they need jailers.  Folks, don’t kid yourself.  The ruling class, the aristocratic class that operates just under the monarchy class – the monarchy is just whoever happens to be in control of the royal scepter these days.  Right now it’s Family Obama.  It’s the House of Obama.  To put this in monarchical terms that everyone can understand, the royal American scepter is now in the possession of the House of Obama, just like the royal scepter of England is now in the House of Windsor.  It had previously been in the House of Stewart.  In France, it was in the possession of the House of Bourbon for a while, just a little historical perspective.  We don’t have these everlasting continuances of power.  We have to trade it off every now and then to pretend as though there is some kind of an electoral system.  That keeps the peasants content.  As long as the peasantry is content by believing, [mocking] “If you don’t vote, you don’t have anything to complain about,” that nonsense, then the aristocratic, monarchical system can continue.

We’ve gone from pretending the offense is nothing to pretending it’s nothing more than a “self-inflicted wound” – a problem of faulty decision-making rather premeditated misconduct. For many, this isn’t about corruption, it’s about the Clinton’s personal peccadillos – laziness, an abundance of caution, and inherent need to help others no matter what the consequences.

Even Ron Fournier, a critic of Clintons’ behavior – one who feels compelled to tell us how much he likes the former first couple; but a critic nonetheless –implies that Hillary’s aversion to transparency is a personal failing that can be fixed if Hillary would just do the right thing: return all the money and release all the emails. It can’t.

Mike:  Notice the arc of the conversation here, that she really didn’t do anything wrong, that she was trying to do everything right, and we have to give her a pass because she was trying to do everything right.  She just didn’t dot the I’s and cross the T’s.  Come on, you people know, especially you little people out there.  How many of you have been subjected to some form of a legal hearing or have been made to pay for a mistake you made because you did not know the legal ramifications of something you did?  What if you did it with impunity?  What if you did it and you knew you weren’t supposed to do it?  What would happen to you?  They’d lock you up.  They’d fine you.  They’d take some of your personal property away, but not the political class, not the aristocratic and monarchical class.

To me, this is not so much a struggle here for political power as it is a struggle for moral power.  Who is it that possesses the moral power to tell the Clintons that they are in error and they therefore are going to be denied access to being leaders?  You can’t be a leader.  You’re immoral.  You don’t have a moral compass.  You don’t have anything that you base – there’s no transcendence that you base your morality on.  You’re incompetent for leadership.  That’s what leadership is, doing things that are not popular.  You’re a leader when you do things that are not popular but they are right because they’re based on the truth.  The sheeple may reject them for the moment, but ultimately you will be proven correct if your leadership is based on the truth. 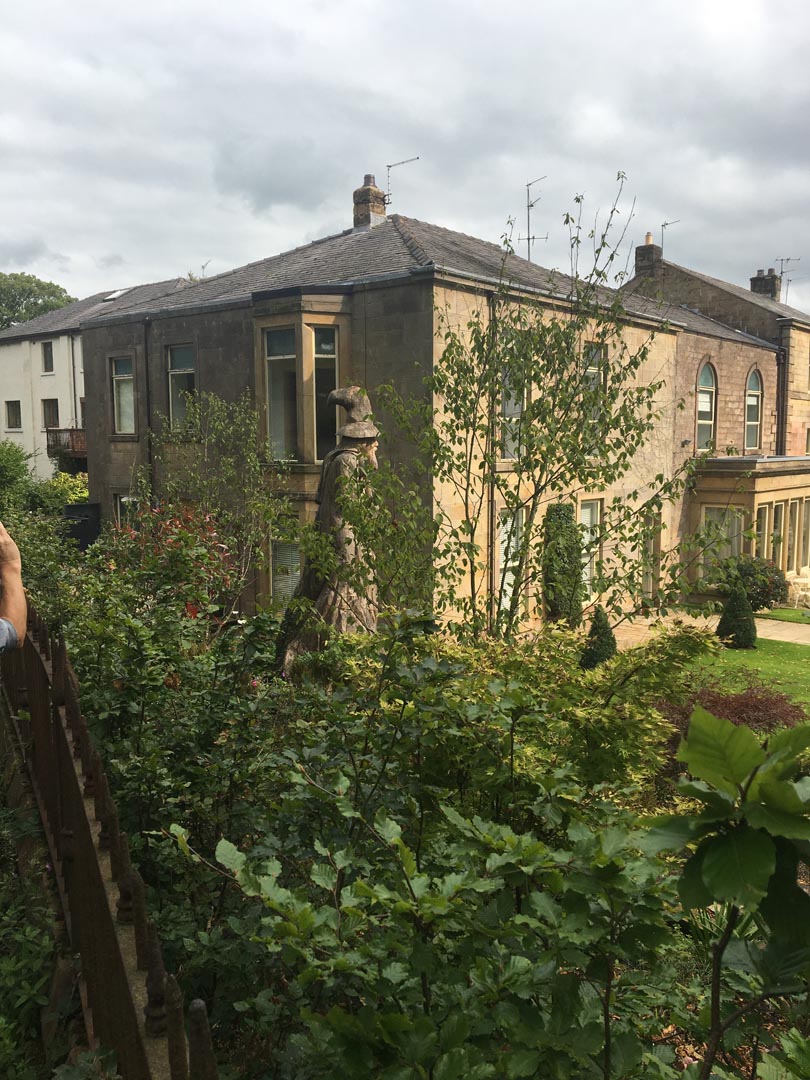