The General Government and the Power To Declare a Holiday

Mike:  It’s the annual celebration of Washington’s birthday.  Some of you are being smart alecks, [mocking] “Why are you calling it Washington’s birthday today?  You know he was born on February 22nd, dummy.”  I know that.  I even know the day he died, December 14, 1799.  I’m not the one that appointed today a federal holiday.  You know if you try to go to the bank today it’s closed, right?  If you think that the mail is going to run today, you have another thing coming.  The mail is not running today.  Today is a “federal holiday,” as they call it.

Let’s think about that for a moment, shall we?  While we’re in the middle of the discussion here on Presidents’ Day, what power does the general government have to compel a holiday on the rest of us?  Not that most lazy, underachieving people out there that call themselves Americans won’t take the opportunity to seize upon any day that could be called a holiday, whether it’s Arbor Day or Flag Day or whatever day, what power does the general government have to do this?  I would say they have absolutely none.  They can say to the Feds, the Post Office and what have you that today or any other day is a holiday.  A holiday or a day of proclamation is not a weight or a measure.  I’ve heard it said, [mocking] “That’s covered in the weights and measures clause.”  No, it’s not.

I’ve also heard it said, [mocking] “It’s covered under privileges and immunities.”  That’s because you don’t know what privileges and immunities are.  An immunity was just that, you commit a crime in one state and flee to another thinking the other state won’t extradite you and you’re immune.  It’s one of the things that the Constitution addressed and settled.  That’s why if you commit a crime in Virginia of murder or something and you flee to Florida and you’re caught in Florida, they will send you back to Virginia.  For those of you that don’t know, that is the proper use and that’s how you should think about the privileges and immunities.  The privilege part of that clause, if you’d like to know — I’d be happy to tell you — has to do with what the other gentleman just called about: property.  The privilege is that I own property.  The privilege is that I own property in Louisiana.  My ownership of that property is recognized by Mississippi.  It’s recognized by Mississippi so that the property then, should I want to sell it to a citizen of Mississippi, he is also allowed to own property.

Here’s what Brion McClanahan writes about this, by the way.  I meant to share this with the audience on Friday.  It’s a great book, The Founding Fathers Guide to the Constitution.

Both clauses were lifted from the Articles of Confederation, and in both cases, their intent was clear. During the American War for Independence, several States confiscated the property of British loyalists. As per the Treaty of Paris of 1783, that property was to be returned, but most States refused to comply. Moreover, many men who invested heavily in the War effort ended up going broke. Often bankruptcies and property liens were difficult to enforce if the party moved to another State or if the bulk of their property was located in another State. At the same time, citizens of one State could be prevented from purchasing property in another, or could be given higher taxes due to their “foreign” status.

Mike:  How could you have a foreign status if you were just being categorized as not being a citizen of one state but being the citizen of another, huh?  Still want to go with that “one nation, indivisible” created by the Declaration of Independence definition?

William Johnson and James Wilson said during the Philadelphia Convention that they “supposed the meaning [of Article IV, Section 1] to be that Judgments in one State should be the ground of actions in other States, & that acts of the Legislatures should be included, for the sake of Acts of insolvency, &c. . . .” Charles Pinckney then proposed that a bankruptcy provision should be added to the Constitution. Madison wanted to expand the “Full Faith and Credit” power further, but John Rutledge rebuffed his attempt, claiming that “there was no instance of one nation [State] executing judgments of the Courts of another nation [State].”

Mike:  Isn’t this wonderful, when you read this history, to see that they referred to one another in states as nations and countries?  There was no disagreement here, you might note, ladies and gentlemen.  Your host has been accurately describing the conditions under which the Constitution, properly understood, was ratified, in other words.  McClanahan writes: The same can almost be said for the “Privileges and Immunities Clause,” which was written both for the protection of property rights and to make sure that fugitives could not flee from the justice of another State. Madison, in fact, thought of proposing an addition to the clause which would have given property owners a constitutional protection for moving property from one State to another. “Every citizen having an estate in two or more States shall have a right to remove his property from one State to another.”

The “General Welfare Clause,” the “Privileges and Immunities Clause,” and the “Full Faith and Credit Clause” carried virtually the same meaning as they did under the Articles of Confederation. Richard Henry Lee, in arguing against the ratification of the Constitution, defended the Articles of Confederation, in part, on these terms. The Articles, he said, already provided for reciprocal “privileges and immunities” between the citizens of each State, and “full faith and credit” was given to the acts of States in the Union. If the clauses are interpreted this way—and this is how the founding generation interpreted them—then they add nothing to American constitutionalism, but are a mere carryover from the Articles of Confederation, and expansive arguments used by later interpretations of Article IV, Sections 1 and 2 do not comport with the Constitution as ratified.

Mike:  In other words, those of you that think that the 14th Amendment somehow altered Article IV, Section 1, as McClanahan just explained it, are incorrect, because you are misinterpreting what property, due process, and access to laws means.  Privileges and immunities has absolutely nothing to do with it, but that won’t stop an incorporationista from trying to have their way.  Back to the phones, Roger is in Texas.

Caller Roger:  I’m living under a world of corporatists that for some reason seems to resemble the old feudal system of the medieval period.  Basically, the way I have to pay taxes and pay money for services that I’m supposed to get but don’t get, aren’t I a slave?

Mike:  I would say we are more like indentured servants with no prospect of ever being free.  As our Northern and Southern friends who are ill-educated on this matter are so fond of telling us, [mocking] “You can’t leave the Union, and if you try, they’re gonna sick the Army on you.  They’re gonna come in there and kill you.”  That sounds to me like a threat of compulsion and of mandatory membership or a mandatory continuance of the status quo.  That seems to me to be a part of a component of some form of slavery or being indebted to someone, right?

Mike:  Yeah, you could call it that.  I would say viewed in that context — now, we would have to have an actual proclamation.  I live in St. Tammany Parish, Louisiana and you live in a county in Texas.  Let’s just say your county decided they’ve had it and they’re going to form the Republic of Roger.  Here in St. Tammany, we’re going to form the Parish Republic of Church.  We decide to go our own way, form our own little government, make our own money, have our own constitution, and do all the things that states may and of right do, as Jefferson said.

Is the State of Texas going to send the National Guard into your county to force you back into the Texas Union, and under what pretense?  Is the State of Louisiana, is Governor Jindal going to call the Louisiana Guard out, send them into St. Tammany or into the Church Republic and compel us to go back into the Louisiana Union, and under what power and authority?  If the answer to the question is they don’t have the authority or power to do that, and if they try to do that, then I am not really a free citizen in the sense that I am not sovereign or not being recognized as sovereign, and my fellow citizens aren’t either, to the point where we can form our own government or choose not to be in union with the Feds.

My point, Roger, is that this question is always answered: What would the federal government do if another state decided to secede?  That’s an improper query.  Answer the question on a local level: What would the State of Texas, Louisiana, Kentucky, Tennessee, Alabama, Mississippi, Colorado, etc. do if one of those counties decided to secede from the state?  It’s still a secession, is it not?  It’s the exact same act.  What would they do?  The five counties that seceded in Colorado, the five counties out of eleven that were on the ballot that voted to secede from Colorado, let’s say they go through with it.  Is Colorado going to sick the Colorado Guard on those counties and force them back into the union?  I haven’t heard that they intend to do so. 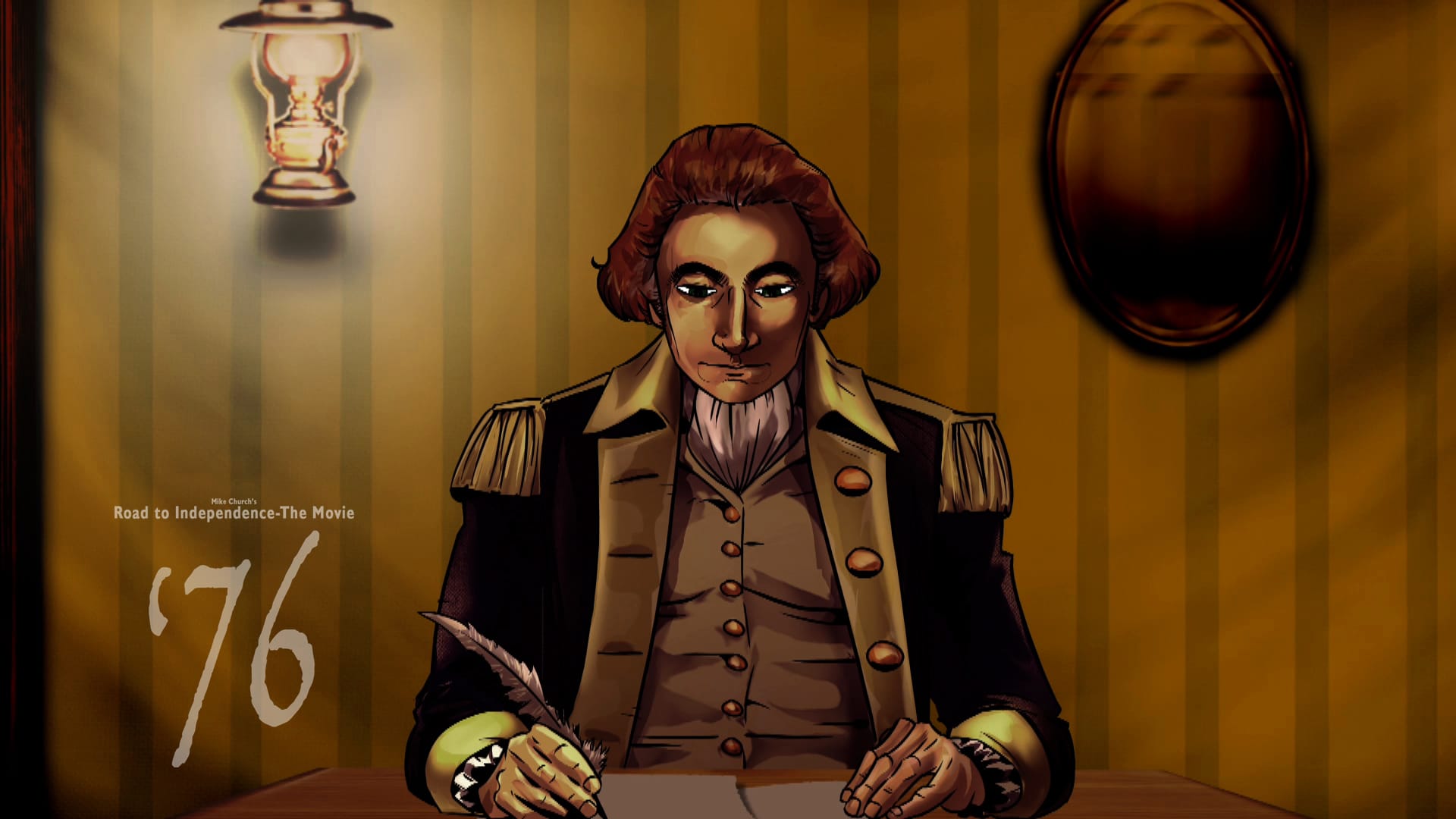