Brother Against Brother, Friend Against Friend

Mandeville, LA – Exclusive Transcript – “What it’s producing is enmity.  It is producing scandal.  It is causing friend to despise and hate friend, to publicly excoriate – see the Hunter / magazine editor / Woods brouhaha as a great example – to vilify, demonize, call into question character of people.  Is that what this little tirade, these little hissy fits are supposed to produce?”  Check out today’s transcript for the rest….

Mike:  . . . about the current state of affairs as it applies to the Confederate flag and the hysteria over it, and now the call from everyone that has a microphone or a telephone or a keyboard to obliterate it anywhere where it exists, anywhere where it’s sold, any memorial or grounds of a capital where it may fly, it’s got to go.  We have Jack Hunter now informing us that he was wrong and it’s the most horrid symbol of racism and oppression in the history of mankind.  We have magazine editors that have edited Jack – I will not mention any names – who are out there now taking to Facebook and vilifying anyone – I think he’s pointed this at my friend Tom Woods – that would dare to maybe see a bit of opportunism in Jack Hunter’s recent conversion here to the career path of David Brock.

I’ve made no such conclusion and don’t wish to, because I still like Jack regardless of what he writes.  With said magazine editor in my mind, I try to view everyone as a member of the church militant, as Joseph Pearce and I discussed, with me.  Or I’m with them.  I’ll have a little humility here.  I’m with them.

So it matters not what they have recently written.  And this is why I have decided that I’m not going to hang around the Facebook page today.  There are too many people that I know that have been given over to this hysteria.  It’s not based in logic and it’s not based for a quest for truth.  Most importantly, it is not based and it is not going to bring anyone closer to Heaven.

What it’s producing is enmity.  It is producing scandal.  It is causing friend to despise and hate friend, to publicly excoriate – see the Hunter / magazine editor / Woods brouhaha as a great example – to vilify, demonize, call into question character of people.  Is that what this little tirade, these little hissy fits are supposed to produce?  I thought they were supposed to produce Heaven on Earth, unity we were told.  [mocking] “We need to get rid of that flag because we need unity.”  You’re not getting it with your campaign.  Instead, you’re turning one man against another man, or one woman against another woman, or one woman against another man or one man against another woman, or a series of women against men.  We’re all being herded into nice little descriptive ideological groups.  [mocking] “If you won’t denounce the flag, you’re one of them.”  You don’t know that.  [mocking] “If you don’t denounce the flag, then you’re a flag-waver,” says the magazine editor.  [mocking] “We know what you are.  Hunter’s right, you’re a closet racist.  We’ve got to get rid of that stupid symbol so we can be one people again, and it’s only that symbol.”

As I said in the first hour, and I’m going to repeat this over and over and over again, oppose, hate, despise, wish to purge, all vestiges, all instances, all occurrences of racial supremacy, racism, violence as a result of racism, etc.  Yes, by all means, I am down with it if it brings you closer to Heaven.  This sad, despotic episode in American history is not bringing anyone closer to Heaven.  It’s causing all the sins that I just mentioned.  It’s rendering people that were friends as enemies.  For what purpose?  [mocking] “The South has got to be gotten rid of.  We’ve got to get rid of these vestiges, the heritage, this racist heritage, this Klan heritage.  It’s only the South.”  As a matter of fact, Ross Douthat begins his column today thus:

“The American South has always been the most barbaric, backward region in any developed democracy,” Vox’s Dave Roberts tweeted . . . “Can we admit that now?”

Roberts is Southern-raised himself, a point he hastened to add, and I very much am not: The Douthat family has roots in Virginia way back when, but my branch drifted west through Arkansas to California . . .

But I am a cultural conservative, and I think that qualifies me to say something, at least, about the question of southron “backwardness” and its implications for how we think about the region and its past. Because it’s both the case that Roberts is right — by any Whig-history standard, the American South has always been well behind the times — and the case this backwardness explains part of the South’s distinctive appeal . . . but to anyone looking for an alternative to the master narrative of American history, a kind of domestic Otherland in which certain things lost in the march of progress might be found.

If you’ve never felt dissatisfied enough with progress to go looking for these things, then the appeal of anything tangentially connected to Dixie can seem entirely mystifying … and especially its appeal to non-Southerners, who don’t even have the ancestral excuse for valorizing the land of slaveholding and segregation.

But people who have gone looking, whose Tocquevillian rue about what modernity homogenizes and grinds away has sent them questing for alternatives, often find in the South scattered elements of the case against progress that they’re searching for . . .

And from the conservative’s perspective, crucially, these elements and features seem to exist and flourish, enriching the lives of all Americans, precisely because of Southern “backwardness.” They are not, as Roberts implied in a follow-up tweet praising his native region’s “music & literature & art,” somehow incidental to its distinctive, slow-to-modernize history. Rather they take the forms they do because the South’s trajectory has been different, because it stands apart.

. . . which is precisely why it’s so important for conservatives to keep their eyes fixed on the actual realities of the Southern cause, in which certain things worth loving were subsumed, leagues-deep, by the explicit, unstinting defense of ideas and practices and institutions that deserved to die a thousand deaths and be buried without honor. [Mike: He’s talking about the flag, the Confederacy, slavery, secession, you name it.] Fixing our eyes thus leads to uncomfortable conclusions about conservatism in American history: It requires acknowledging that the most culturally conservative region in our country, the place that most manifests certain of tradition’s virtues, does so against a historical backdrop of cruelty and corruption that modeled nothing except the machinery of hell. But only with that acknowledgement can you get to a place where the virtues of Southern exceptionalism can be appreciated honestly . . .

The Confederacy, and the cruel way of life for which it fought and fell, is not the lost Southern alternative to modern American civilization. It’s the reason the American South couldn’t offer, and didn’t deserve to offer, such an alternative. Which is an excellent argument, one among many, for why the southland’s conservative friends and admirers should be eager to see its flag furled and put away.

If we really want to do this right, you should just force the South to secede.  That’s a great solution.  If you force the old states of the Confederacy to secede, make them pariahs, cut them off from trade, in other words, place an embargo on us.  Starve us out like we’re the communist Russian bastards we deserve to be called because we’re Southerners, right?  All these things happen only in the South.  You only find these atrocities in the South.  No one that ever lived in a Northern state ever contemplated racism, never fought for racism, never thought white supremacy was something they fancied. 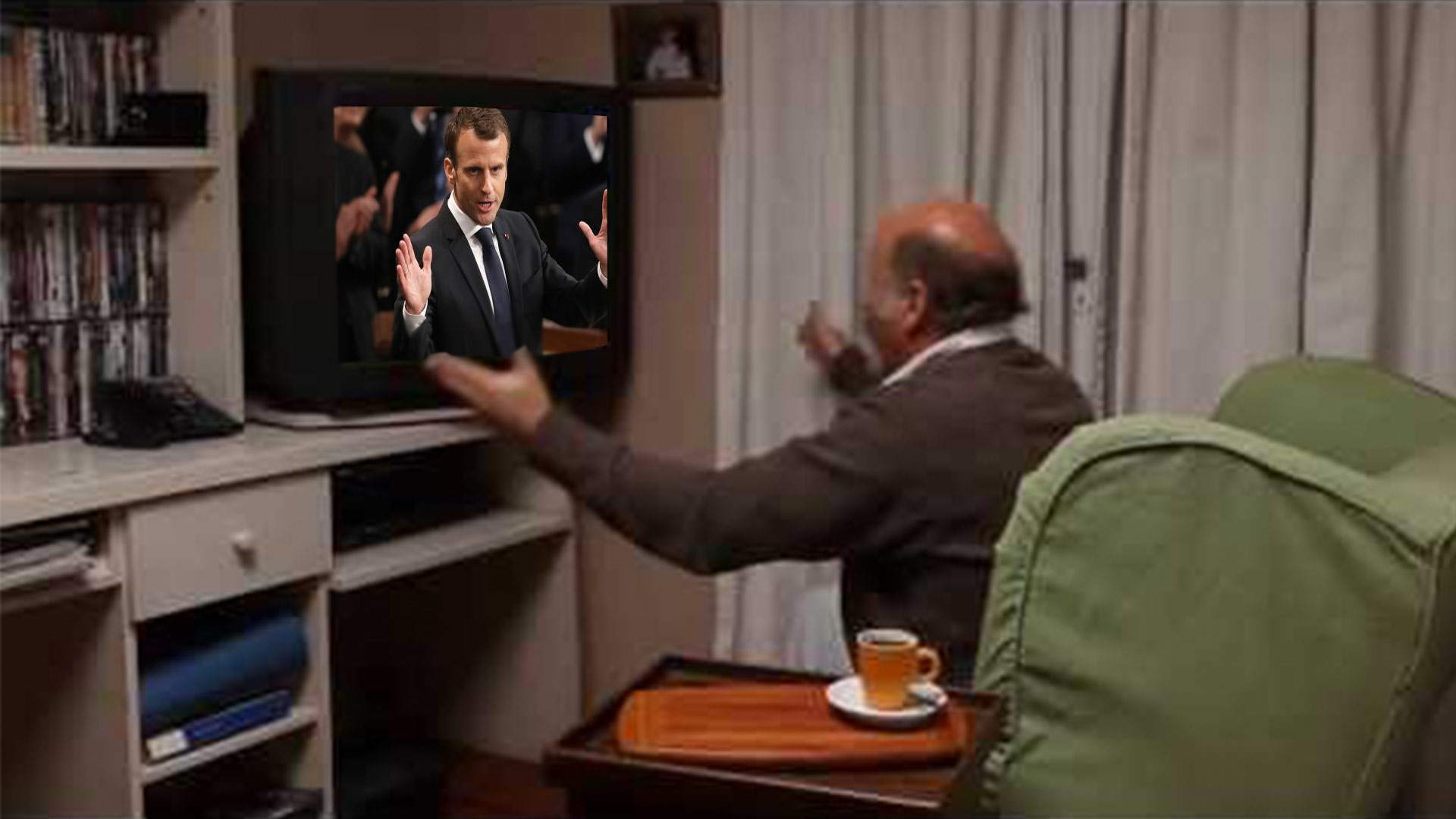